A DELEGATION of three police officers from the United Kingdom visited the village of Jarovnice (Prešov Region) and its Roma settlement. 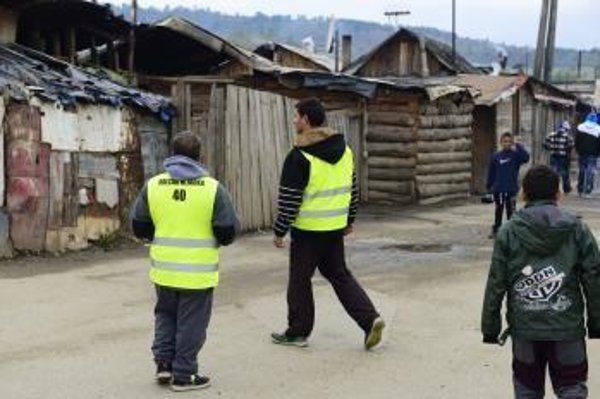 The purpose of the four-day visit has been to seek solutions to issues plaguing Roma ethnic minorities living in Slovakia as well as Roma migrating to the UK and other European Union countries, the TASR newswire reported.

One of the guests was also ethnic Czech Peter Torák, decorated with the Most Excellent Order of the British Empire, who, aside from being a police officer in the UK, also serves as vice-president of the international police organisation GRTPA that provides assistance to Roma employed on the force.

Before visiting Jarovnice, Torák also spoke with Prešov Regional Police Director Dušan Sabol and discussed not only the issue of Roma police officers but also the process of working with Roma and challenges faced in the interaction with this community by Slovaks and Brits.

In Jarovnice, Torák spoke with police officers as well as inhabitants of the settlement. There are five ethnic Roma specialists assigned to the settlement who carry out the role of the so-called ‘good policemen’. Among their job description is to tackle issues of the day, take care of paperwork and mediate communication with Roma community, TASR wrote.

There are 65 such specialists in Prešov Region, one of them also being an ethnic Roma woman.

“Some communities condemn their people, who join the police force with an ambition to change something for the better in their settlement, whereas others accept them,” Branislav Vojdula, an officer in charge of the specialists, as quoted by TASR. “The interaction with this community certainly comes easier for a Roma.”

The state of affairs is different in the UK, where the Police Corps engage in closer cooperation with social authorities, towns and health care, Vojdula added.

“They have regular meetings, where problems of families and even individual members of the community are addressed,” he said.

The delegation should also visit a settlement in Kežmarok, meet with Government Proxy for Roma Communities Peter Pollák on July 9 and pay a visit to troubled Roma borough Lunik IX in Košice on July 10, TASR wrote.