THE AUSTRIAN government calls its recent deal to have Slovakia accommodate hundreds of asylum-seekers who no longer fit into the overcrowded camps in Austria a pilot project, but officials admit the two year plan could be extended. 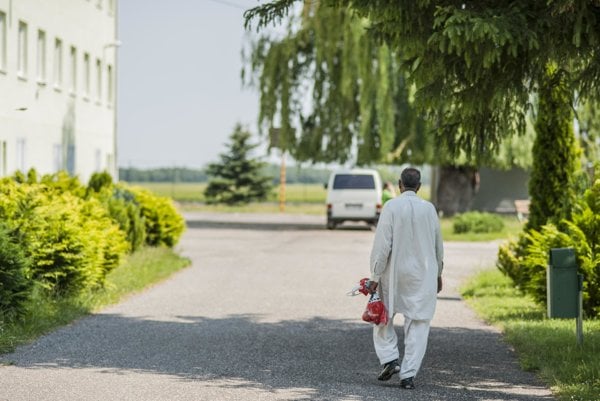 Some 500 asylum-seekers in Austria should find a temporary home in Slovakia. The deal is to last two years, but if the project proves successful, it could be prolonged to three or even four years.

The refugees should be transferred from the Austrian camp of Traiskirchen, which has been overcrowded in the past weeks.

"If the EU is not able to quickly fix a sustainable fair, fixed quota, then we have to move up a gear bilaterally," said the Austrian Interior Minister Johanna Mikl-Leitner as quoted by the Austrian daily Der Standard.

The Austrian Ambassador to Slovakia Helfried Carl wrote in his opinion piece for the Sme daily on July 13 that in early 2015, Austria has experienced a new peak in the influx of migrants, when the number of asylum requests tripled compared to the same period of last year, 2014. Most of the asylum-seekers come from Syria and Afghanistan.

“This has caused a clear overburdening of the accommodation facilities for refugees,” Carl explained in his opinion piece. “That is even more of a reason to welcome the agreement with Slovakia to take over the accommodation of 500 asylum-seekers as a strong signal of solidarity.”

Based on the deal, the asylum seekers should still administratively be handled by Austria, with Slovakia only providing accommodation in its facilities. The first 50 people should come to Slovakia as early as July, while other 200 should be resettled in August and finally 250 more in September, Der Standard reported.

Slovak Interior Minister Robert Kaliňák explained for Der Standard that Slovakia’s help is based on a voluntary agreement, as Austria about 10 years ago helped Slovakia “when we were not in a good position for the Schengen zone”.

While the Slovak Interior Ministry was reluctant to confirm for the Slovak media that the refugees should be placed in a former refugee camp in Gabčíkovo which reportedly would be re-opened, and only labelled it one of the possibilities, the whole issue has sparked lively interest among the Austrian public and the Austrian press has paid a lot of attention to the rather poor state of the facilities in question.

The full capacity of the facility in Gabčíkovo, rented by the Interior Ministry, is 2,240 people. It has not been used for six years, but the construction and operation adaptations will not be expensive.

Slovakia does not have many other facilities to offer, however. The only functional facility for migrants in western Slovakia is the camp in Rohovce in the Dunajská Streda district; however, its capacity is only 140, the Sme daily reported.

The Austrian public displayed some discontent over the deal. The Secretary General of the local branch of Amnesty International, Heinz Patzelt, said he felt “disgusted horror” about it, especially about Minister Mikl-Leitner saying that it is a cheaper solution. It is as if the government was putting the refugees in a luggage storage, Patzelt said as cited by Der Standard, calling it “pathetic and grotesque”. Austria could accommodate all refugees in dignified conditions, perhaps in private homes, he noted.

Legal issues that could surround the deal were mentioned too. The chairwoman of the Asylkoordination and expert on asylum law Anny Knapp noted that the proposal might be contrary to the Austrian asylum law and that asylum-seekers whose procedure is processed in Austria and are accommodated in Slovakia would be residing in Slovakia illegally, which means they cannot move freely, she told Der Standard.

In reaction to the deal and ahead of the visit of the Austrian President Heinz Fischer to Slovakia, the editor-in-chief of the Pressburger Zeitung bimonthly Christoph Mandl wrote an open letter to the two presidents.

Mandl called on the presidents to be “more than humanist and use their moral authority in relation to their respective incapable governments”. While Austrian politicians are unable to handle “several thousands refugees and pass them on to Slovakia”, Slovak government risks having thousands of neo-Nazis march into the streets of Bratislava in protest against migrants, the open letter reads.

While the Slovak government wasn’t able to accept the quota of 700 refugees, it “does not shy away from accepting an indecent proposal of the Austrian interior minister for Slovakia to receive 500 war refugees from Austria based on outsourcing”, Mandl noted in the letter, charging that “money does not stink”.

Following their July 13 meeting in Bratislava, presidents Fischer and Kiska talked about the deal as a symbol and a gesture.

"It's with gratitude that we accept a gesture from Slovakia, which is an expression of understanding for the situation in which a neighbouring country has found itself," Fischer said as quoted by the TASR newswire.

Slovak President Andrej Kiska said it is important to show willingness to help resolve the situation. He also took the occasion to criticise Slovak politicians who approach the topic of immigration exclusively through the prism of public opinion. Slovakia is obliged to assist people whose lives are in danger in their home countries, Kiska reiterated as reported by TASR.

"I urge all responsible politicians to take a clear approach to this and explain it to the people of our country, to talk about potential risks as well as about eliminating potential risks," said Kiska.