THE UNIQUE outdoor swimming pool complex Zelená Žaba in Trenčianske Teplice re-opened during the first weekend of August after 15 years and an extensive reconstruction. 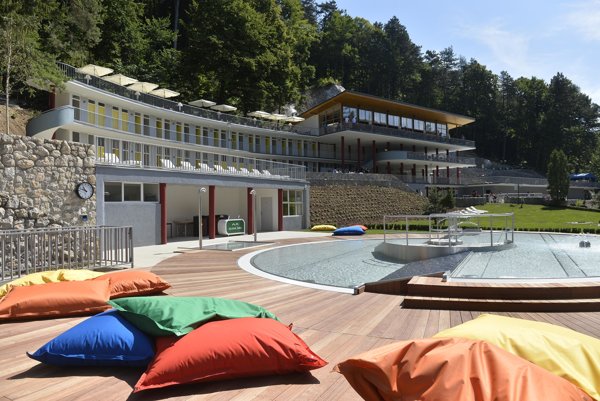 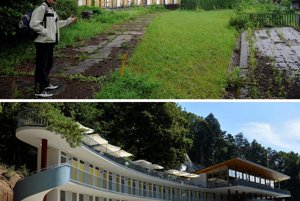 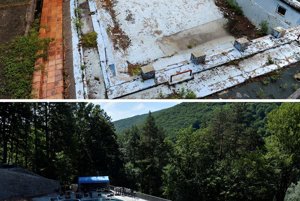 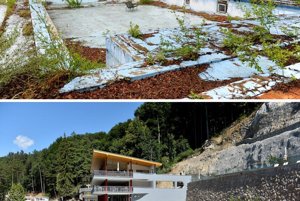 This masterpiece of Modern architecture designed by prominent Czech architect Bohuslav Fuchs closed in 2001 after 65 years in operation.

“I had a soft spot in my heart for [the reconstruction of] Zelená Žaba,” said Czech Ivo Valenta, the owner of the resort. “My children and the beautiful Trenčín region, which I have become fond of, have motivated me to it.”

Costs of the reconstruction of the resort from the 1930s concealed in the woods and cut into the curve of the hillside, climbed to €10 million. Under the reconstruction project, water attractions in the swimming and children’s pools as well as sauna facilities hidden in the woods were added. Originally the resort was open only during the summer, but now it will be open year-round when outdoor pools would be out of operation. Contrary to the past, the resort will not use thermal water but heated drinking water in its pools, the Pravda daily wrote.

The spa town of Trenčianske Teplice hopes that the reconstructed resort will help to further develop its tourism.

Valenta, who Czech media ranks among the 30 wealthiest Czechs, covered €8.5 million of the investment from his own pocket while he obtained the remaining €1.5 million from EU funds.

“It is one of few investments I make as a private individual, otherwise these are rather corporate investments,” said Valenta. “When I saw the premises of Zelená Žaba several years ago, I liked it very much even though they were very devastated.”

Valenta is the founder of Synot company, whose main businesses are betting and lotteries. One of its divisions is also gastronomy. In Trenčín, for example, he bought and reconstructed the Elizabeth Hotel under the Trenčín castle, Pravda wrote.