THE STATE geodesy office could have have had a new webpage containing cadastre data for free, but instead paid more than €22,000 for a similar one provided by private firm. 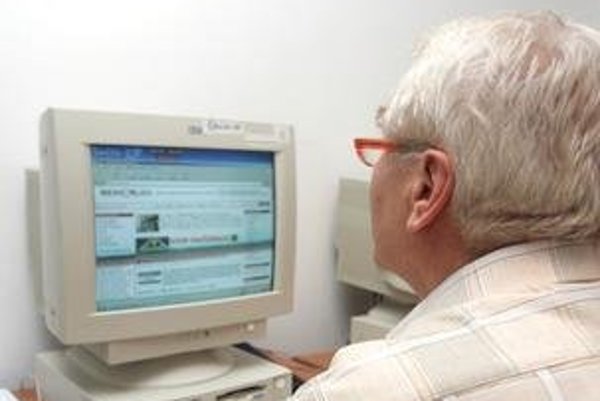 The site launched under the name Mapka.gku.sk on July 1. Geodesy, Cartography and Cadastre Authority of Slovak Republic (ÚGKK) was discussing the new website with software developer Ján Suchal and his colleagues from To Sa Nedá (It Is Impossible) initiative. The initiative was launched by group of experts willing to help the state to make more user-friendly government’s websites for free. Suchal advised ÚGKK to create website where all published data could be find via text browser and interactive map.

Suchal and initiative’s team were meeting with office representatives for more than a year and then they took two months of unpaid vacation for developing the website. In the meantime the ÚGKK launched a competition for the new website and later bough similar project from firm Korbis for €22,680, Suchal wrote on his blog in early July.

“I felt cold sweat, I was angry and tried to tell myself that it’s about me, that I am paranoid,” Suchal said. “And then I just laughed for a long time.”

The office responded in the press release that it bought website from private firm because Suchal did not come with any complex proposal by the end of 2014.

“We don’t have information that external provider was inspired [by other proposal],” ÚGKK reads the press release, “and we object statements that office or its organisation defrauded idea of Mr Suchal.”

Suchal told the Denník N  that ÚGKK’s response disappointed him because he and his colleagues were trying to push the office to finish the project.

“I am sad that they are trying to blame me for that,” Suchal said, as quoted by the daily. “In fact we were pushing them for cooperation.”

The new website provides data about the country's real estate via a map of Slovakia which people can zoom in and click on parcels. The system shows who is owner of the building and also some additional data. It is however not interconnected with another office’s website KatasterPortal.sk which provides more detailed information from cadastre including the register number of related contracts. The new Mapka.gku website also does not provide possibility to browse it by looking for owners.

Besides running new website and old KatasterPortal.sk ÚGKK also created website Cica.vugk.sk in 2014 which is better browser than KatasterPortal.sk but does not have a map format. The office therefore runs three websites which are not completely interconnected and none of them can provide all services. This is what To Sa Nedá initiative wanted to avoid, the Denník N daily reported.

Both Mapka.gku and Cica.vugk are temporary solutions. ÚGKK can use them to improve it services before new complex system of cadastre data providing ESKN will be fully operational in 2017, according to ÚGKK.

“Each of aforementioned projects has its functionality and purpose,” the office writes, “ÚGKK tries to create all its apps in such way that they will tailor-made for end user.”

Suchal firstly pointed out that the only owner of the Korbis is Peter Zámečník who also participated on discussions between ÚGKK and To Sa Nedá initiative so he could copy the project. Later he added information to his blog that he was speaking with Zámečník and both agreed that it is fault of ÚGKK which tries to operate four projects:  Mapka.gku, Cica.vugk, KatasterPortal and To Sa Nedá while all of them have same aims.

Suchal is not only IT expert who has complained about the way the state buys and runs such services. Pavol Lupták of IT firm Nethemba launched initiative NePracujemePreStat.sk (We are not working for state) for firms which refuse to compete for state orders in 2014. The reason is that the government adopts too many unreasonable regulations, increase taxes and increases its abilities to control firms, according to its webpage.

“We decided that we don’t want to further support those who restrict our freedom by our ideas and capabilities,” reads the NePracujemePrestat.sk statement. “Therefore we create voluntary economic blockade with the aim to not work for state and state institutions.”

The founder of Slovakia’s biggest web hosting firm, Michal Truban, has pointed to corruption related to state IT orders.

“Recently we were approached several times that we should participate on tender which will be fixed and we win,” Truban wrote on his blog in May 31. “We agree on good price and ‘they’ will secure our success. Later ‘they’ will take provision. Who wouldn’t want to make money in such easy way?”

He further wrote that he filed a criminal complaint saying that those orders are often several times overpriced and in the IT sector it has became normal to receive such open proposals.

“It is public secret and it is such big secret that all accept it and no one does anything about it because they don’t see any other way,” Truban wrote.