More “Stolpersteine” have been placed into pavements in Banská Bystrica, Bratislava

THE INTERNATIONAL “Stolperstein” (Stumbling Block) project featuring the placing of commemorative stones into pavements before erstwhile homes of victims of Nazi persecution came to Banská Bystrica for the fourth time on August 8. 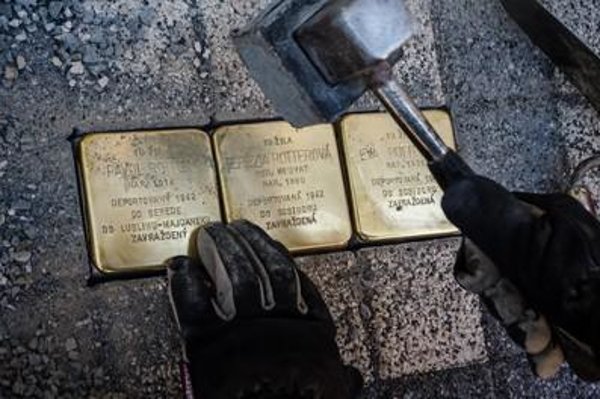 Nine Stolpersteine have already been placed in Banská Bystrica. The event at the weekend will commemorate, among others, film director Peter Solan, a native of Banská Bystrica, who as a boy had to flee from Nazi persecution.

The author of the project German artist Günter Demnig placed three of these stumbling blocks into the pavement on Horná Ulica 23 (Upper Street) on Saturday to pay tribute to members of the family of Gotthilfe, whose tragic fate will be narrated by a historian and witnesses.

The Banska Bystrica amphitheatre showed in the evening Solan’s film entitled The Boxer and Death (1962), which deals with the theme of the Holocaust.

In Bratislava, three more Stolpersteine were placed in the pavement of the Old Town on August 9 – on Štúrova Street – to commemorate the Rotter family; on Tolstého – to remind of the Oesterreich family; and on Klariská, to mark the fate of Bratislava Jewish activist Gizela “Gisi” Fleischmann. City representatives participated in the festive ceremony, saying that these stones should express the respect and wish for the Slovak capital to become, again, a place where people of different cultures and creeds can live together side by side peacefully, the TASR newswire wrote. 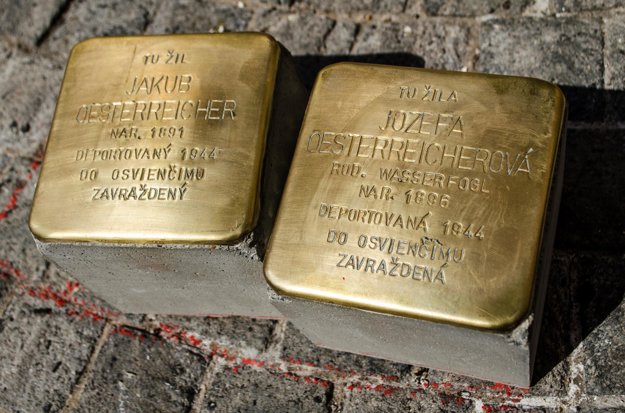 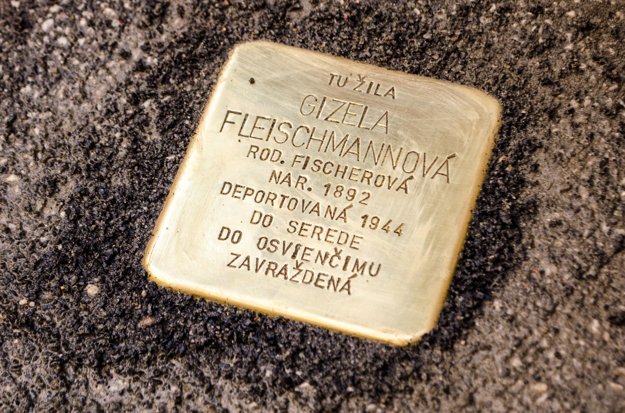 More than 50,000 Stolpersteine have already been placed throughout Europe since the beginning in 2000. Eleven Slovak towns and villages feature more than 50 commemorative stones.