THE GLOBAL exhibition displaying the legendary ship Titanic as well as the time when it was built can be seen in Bratislava’s Incheba complex until the beginning of December. Comprising 17 rooms and almost 3,000 square meters, it takes visitors on board the most famous and luxurious ship of its time, and also describes the fates of passengers, both survivors and victims. 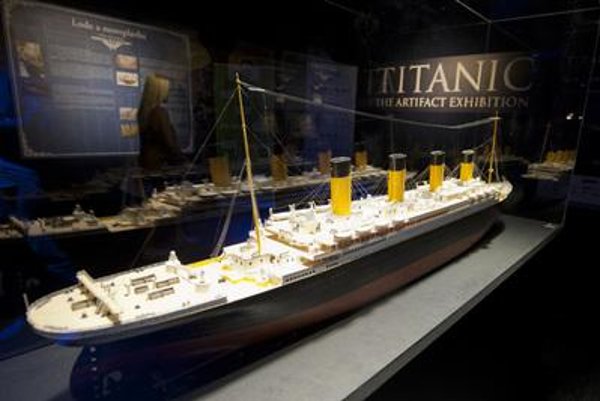 One trace that is specific for the Bratislava stop of the exhibition is connected with a man of Slovak origin, Michel Navratil, and it offers photos from Slovakia of that era, showing events, people and places creating the setting for a story.

“When I learned that the exhibition will come to Slovakia I immediately remembered the story of Slovak-born Mr Michel Navratil, whose story is one of the most touching from among those of the Titanic,” Ondřej Vrkoč, a Czech expert on the ship who participates in the preparations for the exhibition, told the TASR newswire. 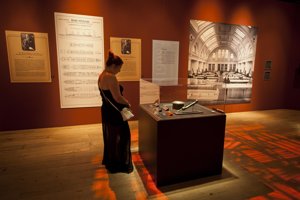 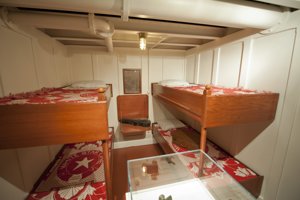 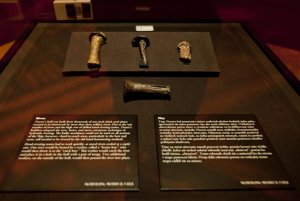 Michel was born in 1880 on Slovak territory, in Sereď. Aged about 20, he left Slovakia and went to live in Nice, France, where he met the love of his life, Marcella Caretto. They had two sons, Michel and Edmond. After he learnt that his wife had cheated on him, Navratil took his sons to go to America, according to Vrkoč.

Unfortunately, his trip to start a new life ended before he reached the American coast. The allegedly unsinkable ship hit an iceberg in the mid-Atlantic Ocean, suffered heavy damage and began to sink. When Navraitl heard the news – while playing cards with his friend in a lounge – he ran to fetch his sleeping sons and after some hesitation (after all, the ship was still declared unsinkable), he put them on the very last lifeboat that left the Titanic. “Initially, none of the passengers believed the ship could really sink,” Vrkoč explained. He had even to push his younger son, Edmond, to jump three metres before landing on the lifeboat, as it had already started to be lowered.

While Navratil died – together with many men – his sons were rescued by the Carpathia ship, brought to New York and their arrival was photographed, with the picture of Lolo holding a small ship acquiring world-wide attention. They refused to talk to the rescuers, and were only able to identify themselves as “Lolo and Momo”. Fortunately, their mother saw the photos and recognised her sons. However, there was not much of a happy ending here: she did not manage the aftermath of the Titanic sinking and ended up in a mental clinic where she died.

The older son, Michel, did not talk about the voyage and rescue until seeing a TV documentary in 1985 on the shipwreck discovered by Robert Ballard, Vrkoč said. Then. His daughter Élisabeth wrote a book The Children of Titanic.

The exhibition where every visitor has to book a ticket for a certain date and hour can be seen in Bratislava until December 6, 2015, daily between 9:00 and 19:00; the tour lasts for at least an hour.