Refugees die in a truck near Slovak border in Austria

DOZENS of refugees have lost their lives near the Slovak border today, in a van carrying the brand of a Slovak company. 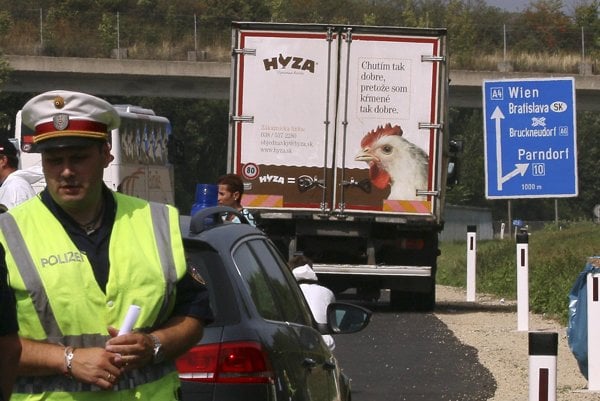 The car belonged to Hyza in the past, now carried Hungarian plates. (Source: TASR)
Font size:A-|A+52

The tragedy, which attracted the attention of the global media and prompted the Austrian Interior Minister Johanna Mikl-Leitner to call this “a black day” for Austria, is the most serious migrant-related tragedy for Austria so far.

The car has been parked on the side of the A4 highway between the Austrian municipalities Neusiedl am See and Parndorf since Wednesday. The Austrian highway administration employees who have noticed the suspicious truck have called the police who subsequently discovered the bodies of 20 to 50 people in the back of the car, the Austrian Interior Ministry confirmed as reported by the Sme daily. The people most probably suffocated inside the closed truck, officials said.

Even though the car was decorated with the brand marks of the Slovak poultry producer Hyza, it carried Hungarian plates, Sme reported citing  information from the Slovak Interior Ministry.

Hyza belongs within the Agrofert group of the Slovak-born billionaire, currently Czech Finance Minister Andrej Babiš. Hyza claims that it most probably owned the car in the past and then sold it.

“It’s probable that the new owner did not re-decorate the vehicle,” Karel Hanzelka, Agrofert’s spokesman, said as quoted by Sme, adding that the company was working on finding more details about the car.

The driver of the car is on the run and the Austrian police is searching for him in cooperation with the Hungarian police, according to the Austrian media’s initial reports.

The Slovak police issued a statement promising any possible help to their Austrian counterparts. 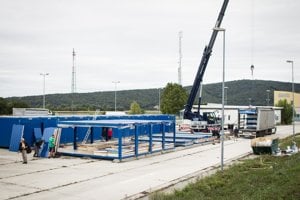