MP Alojz Hlina bricked up the entrance to loan company, Pôžičkáreň on Obchodná Street in Bratislava on September 3, claiming that the company is not authorised to offer new consumer loans as it has not received a licence from the Slovak central bank (NBS) to do so. 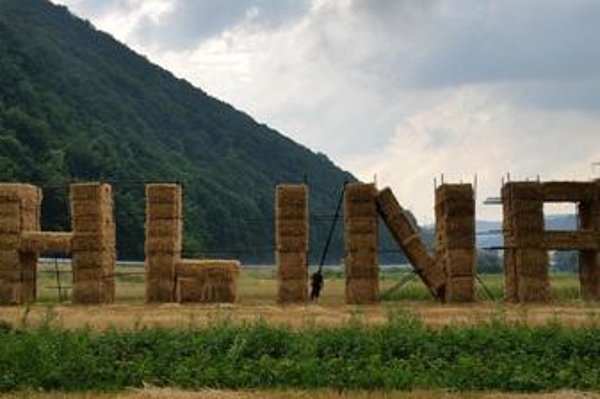 The police subsequently took Hlina (now Christian Democratic KDH caucus but still head of extra-parliamentary Citizens of Slovakia) away for questioning. The police had observed what Hlina was doing and he was fined €30 for occupying a public space. The MP gave the police officers an explanation, but they told him to go to the police station. When he refused, they took him away.

“I’m doing my public duty, I’m preventing a crime,” he said. “If the police find my actions of preventing a crime more serious than the suspicion of the crime of loan sharks and unlawful business activities, I then evaluate this as a very bad way to deal with the situation,” said the deputy who also filed a complaint in this regard.

The loan company insists that it has respected and will respect the guidelines of the market regulator and NBS both before and after 31 August 2015. “Linking the opening of Pôžičkáreň branches with committing crimes and calling employees leaving for their lunch break an escape from the police is a public humiliation and slander that continues with the intimidating and bullying of employees on social networks,” said the company’s spokesman Michal Hatina, adding the company is not authorising new loan contracts in compliance with the law on consumer loans, and the documents will be kept in a registry without being dealt with until written notification from NBS.

Companies that have not yet obtained the authorisation required by NBS are obliged to suspend their activities. If companies nevertheless provide new loans, they will be breaking the law and the contracts concerned will be invalidated, she added.

The police arrest of Alojz Hlina was unlawful and uncalled for, although he had violated a number of provisions of the law; Hlina committed no crime, seeing as his conduct was in line with a state of extreme urgency, said lawyer Rastislav Kaššák who represents the MP.

Police Corps President Tibor Gašpar reported, as quoted by the TASR newswire, that Hlina had declined the opportunity to go to hospital. Only minutes before the lawyer spoke to media, the politician was driven away in an ambulance. He was wearing a device on his arm that appeared to be a blood pressure monitor. Kaššák claimed that Hlina had acted to fend off a clear and present danger, that of being victimised by a loan shark and, therefore, did not represent a crime.

MP Alojz Hlina is suspected of restricting access rights to houses, flats and office space as well as unlawful restraint of personal freedom, Gašpar announced on September 3. He added that if found guilty, Hlina might be jailed for up to three years. In the meantime, police have charged Hlina with illegal interference in the access right to a house, apartment and non residential area as well as of restrictions to personal freedom, the Sme daily wrote on September 5.