Relations of Slovaks and Americans are firmer than it seems

AS I traveled around Slovakia this summer, I found that many people are unfamiliar with the amazing depth and breadth of US-Slovak relations, and how dramatically these relations have grown since the days when the Cold War separated us. 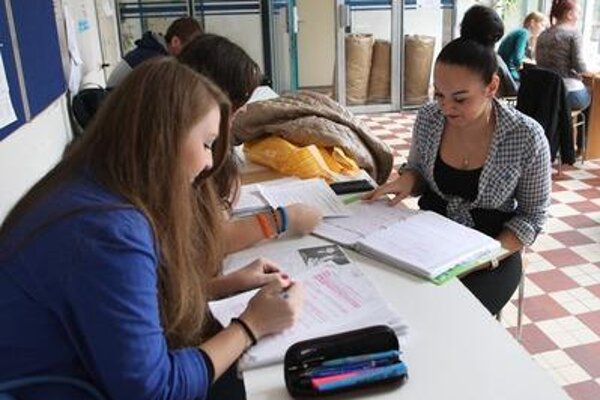 Thousands of Slovak students have participated in the Summer Work and Travel programme in the United States. (Source: Sme)
Font size:A-|A+46

These relations are increasingly multi-faceted and anchored in the history, culture and values that we have long shared.

In the 19th and early 20th centuries hundreds of thousands of Slovaks journeyed to the U.S. to make new lives for themselves in American society. The seeds of Slovakia’s democracy were also planted in the United States with the signing of the Cleveland Agreement in 1915, exactly 100 years ago next month. And this year, approximately 2,700 Slovak students participated in the Summer Work and Travel program in the United States, a number that has been climbing steadily over the past several years. About 400 U.S. and Slovak students studied abroad in our respective countries last year. Approximately 60 students, scholars, and professionals travel each year between the United States and Slovakia on U.S.-government sponsored exchange programs. Hundreds of American artists, performers and athletes also visit Slovakia annually, ranging from upcoming performances by American musicians at the Bratislava Jazz Days Festival and a visit by a woodwind quartet from the Cleveland Orchestra, to the figure skaters and under-18 hockey players who competed in Slovakia last month. Our economic partnership also continues to grow, with some 140 American companies operating in Slovakia, and trade between our countries exceeding $2.5 billion in 2014.

Beyond these broad cultural, educational and economic ties, the U.S. and Slovakia cooperate closely within the framework of the North Atlantic Treaty Organization (NATO) to protect our core democratic values – the foundation that makes our many educational, cultural, and business exchanges possible.  As an alliance of countries from Europe and North America, NATO provides a unique link between our continents for consultation and cooperation in the field of defense and security.

In the coming weeks, over 500 U.S. soldiers from the Indiana State National Guard and the 2nd Cavalry Regiment accepted Slovakia’s invitation to join counterparts from other NATO Allies like Poland and the Czech Republic in this year’s Slovak Shield training exercise. The U.S. Army’s “Dragoon Crossing” convoy will add over 100 vehicles to this exercise, greatly expanding its training possibilities. We are proud the convoy has been included as part of the year-long Slovak Shield exercise, and look forward to young Americans and Slovaks sharing in this experience and building even more personal ties between our two countries.

The US-Slovak relationship is a dynamic one which spans political, economic, cultural and security cooperation and continues to grow at an impressive pace. We in the United States Embassy are committed to expanding and deepening this relationship for the benefit of both the Slovak and American people. It is an important Anchor job that we are honored to be doing.

By Rudolf V. Perina, the US Chargé d’affaires in Slovakia