THE EUROPEAN Commission has noticed that Slovakia has not been fulfilling its duties stemming from the EU quotas on re-distribution of refugees among member states. It is, however, tight lipped about sanctions against the country. 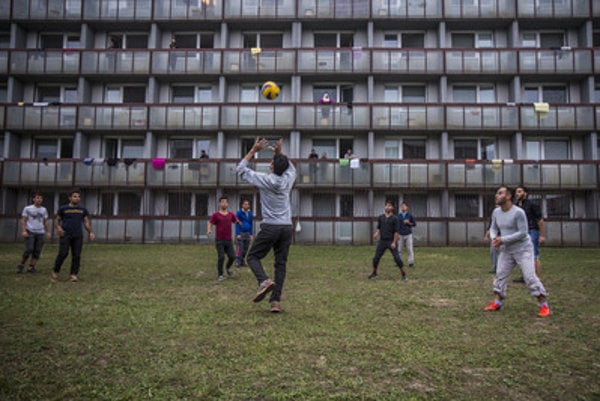 Slovakia has still not installed liaison officers tasked with selecting from among refugees in Greece that are to be handled as asylum seekers in Slovakia. Meanwhile the one originally designated for this role in Italy has been re-authorised to help with asylum requests, according to the Interior Ministry and the European Commission (EC) – although originally reported as a liaison officer.

By the end of October, Slovakia was obliged to state how many refugees it can accept and accommodate by the end of this year. In the first phase, 802 people should come to the country according to the approved quotas. Slovakia has reacted by saying that it will accept a maximum of 200 refugees which it agreed to take on voluntarily.

When approached by the Slovak Spectator the EC refused to say when its patience with Slovakia will wear out and what duties Slovakia could ignore and thus draw sanctions from the EU.

“The Commission expects that every member country including Slovakia will fulfil its duties,” the spokesman for the EC Representation in Slovakia Andrej Králik stated.

Looking for an officer

As a part of the refugee relocation system, the EU wants each member state to appoint liaison officers in Greece and Italy which are initial contact countries most affected by the migration crisis. Officers match the destination country with refugees’ qualifications, language skills, family, cultural and social ties, to help integration.

The first representative of the Slovak Migration Office arrived in Italy on October 13. The Interior Ministry claimed that his task is to pick a number of the 200 refugees whom the Slovak government wants to voluntarily accept, the Sme daily wrote on October 15. 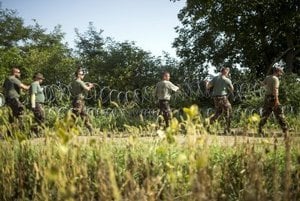 The presence of an officer was approved even then by Králik. Later, however, the Interior Ministry stated that it is still preparing such officers. The aforementioned expert from the ministry who went to Italy is there to assist local officers to determine the EU member state responsible for examining an application for asylum seekers seeking international protection based on the Dublin Convention.

The officer could be theoretically re-authorised to choose refugees in the future, according to ministry spokesperson Ivan Netík.

“No member state of the EU has an obligation to appoint liaison officers,” ministry spokesperson Marta Fabianová told the Slovak Spectator. “There is only possibility to do so and it’s up to each member state to decide whether it will do so or not.”

Unclear steps of the Interior Ministry regarding the migration crisis were previously criticised by foreign policy analyst Alexander Duleba, as he referred to the upcoming general election in March 2016 as behind this kind of activity.

“I will say it clearly: the government acts in a way that it is few months before elections and all statements abroad are meant for the domestic audience,” Duleba told The Slovak Spectator on October 21. “Fico has a problem to convince the public that there are solutions beyond what the average Slovak thinks about.” 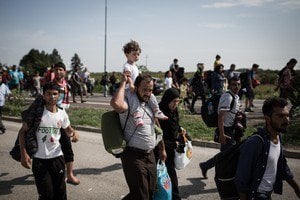 How many will come

The European Commission called on its member states to provide an exact number of refugees they are able to accept by the end of 2015. Based on a decision of the European Union’s interior ministers on September 22, Slovakia should accept 802 refugees in total – 190 from Italy and 612 from Greece in the first stage of relocation.

The Interior Ministry responded that Slovakia plans to relocate 60 people from Italy and 40 people from Greece. Additionally, it will take 100 migrants particularly Syrian refugees from Lebanon, Jordan and Iraq. The ministry presumes that it will be able to move 50 refugees in 2016 and 50 refugees in 2017 making it 200 refugees in total which is less than EC demands.

Sweden and Finland have already started to relocate their refugees, while France and Spain should also begin as well, according to Králik.

Even though Slovakia has publicly refused to take as many refugees as the EC has dictated, the commission has not noticed any violation of rules when it comes to the migration crisis, Králik said.

Even if Slovakia rejects the quotas on redistributing refugees and the EC takes legal action against it, the country will still be able to receive EU funds. The European rights to draw EU funds and the partnership agreements with member states do not allow such cuts in EU funds for such a reason. In order to do so, it would be necessary to change the whole framework for the 2014-20 period, according to Králik. 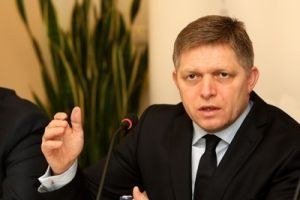 The Justice Ministry has meanwhile confirmed it is preparing a lawsuit against the EU Council which it wants to submit by the first half of December.

“A legal representative for Slovakia is beginning to draw up the lawsuit that will be filed before the prescribed time expires,” said PM Robert Fico in mid-October, as quoted by the TASR newswire. “We’ve no reason to change our opinion on this issue.”