Zaha Hadid’s Bratislava project is back on 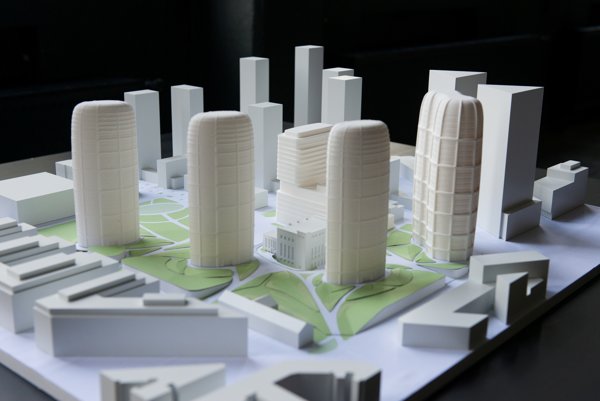 AMID a revival of the residential market in Bratislava that has seen several developers resume  projects put on ice by recent years of economic and financial strain, the Penta Investments financial group has introduced the final shape of the project with the working name Čulenova near the capital’s city centre. The project designed by Zaha Hadid Architects will consist of five high-rise buildings with apartments and offices. The historical building of a former heating plant will be at its centre and the whole project will sit in a tiered park.

The British architectural design firm launched by the world-renowned architect Hadid won an international competition to design the four-hectare former industrial area around the Čulenova street back in 2010. 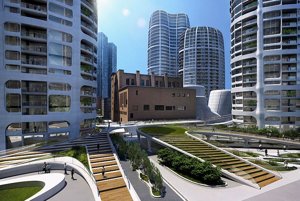 The project will be constructed in phases, starting with the residential part, but some the phases might overlap. In total the project will bring more than 800 apartments in three buildings 105 metres high and about 50,000 square metres of offices in two buildings, 78 and 116 metres high, respectively. Costs of the first, residential, phase should be €95 million, the SITA newswire reported.

The start of the sale of apartments as well as of construction is projected for the first half of 2016 while the completion of the first phase is expected during 2019.

Part of the first phase will be also reconstruction of the façade of the former heating plant designed by prominent Slovak architect Dušan Jurkovič. The inside will be reconstructed only later as it remains unclear what the space will be used for -- it is said to be a non-commercial space.

“The well-known historical monument will act as a catalyst for active usage of the public space,” said Miroslav Hrušovský, senior development manager at Penta. 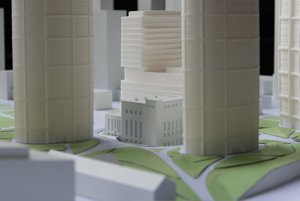 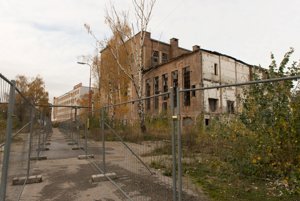 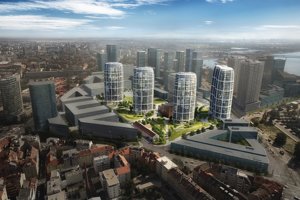 The developer promises that in the form of the park will be unique and accessible for the general public. It will include running tracks, sport fields, playgrounds for children and a dog park.

Slovak architect Igor Marko, living in London and devoted to planning solutions for public space, co-operated on designing of the park.

“The function of parks and public green in the city is very important and it must respond to real needs of the city because not only buildings but also everything in between makes a city the city from the functional and logistic point of view,” said Marko as cited in the press release.