THE VELVET Revolution that toppled the communist regime in former Czechoslovakia in 1989 (and then split into the Czech and the Slovak Republics) is commemorated annually on November 17; and it seems that each year, the number of events is growing. 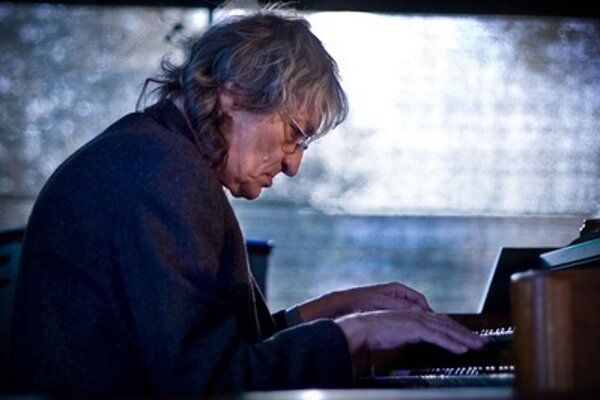 This year, the Matrioshka Festival organised in Košice between November 11 and 17 is a multi-genre event “reflecting the reality of the totalitarian regime in Czechoslovakia between 1948 and 1989”, according to organisers. In 2015, its second year takes place in several venues around the eastern-Slovak metropolis.

In Banská Bystrica, the Puppet Theatre on the Crossroads / Bábkové divadlo na Rázcestí organises a concert and a discussion from the Stop Extremism! project. Called Freedom Inventory Check – November 17, it commemorates the Velvet Revolution with a concert, featuring the Geišberg Trio of actors/musicians, and Czech artist Peter Janků, and CEO of the Open Society Foundation, Ján Orlovský, in a discussion. It starts on November 17 at 19:00 in Bábkové Divadlo na Rázcestí, in Skuteckého 14.

In the Stanica Žilina - Záriečie culture hub in Žilina, the Anticorruption Festival will be held throughout November 17, composed of an expert programme, and an evening for the public.

In the capital, an entire Festival of Freedom / Festival slobody precedes the anniversary, between November 9 and 15 among various venues and at various times, offering exhibitions, movie screenings (especially documentaries), theatre performances, discussions, and more.

On November 16 and 17, the New Fences / Nové ploty commemorative event will not just remind of the old divisions, but also try to allude to new political and social divisions, both on the European borders and within the societies. In the Old Market-hall in downtown Bratislava, there will be a photo exhibition called Nové ploty (by Tomáš Rafa, Jozef Jakubčo, Michal Jašek) opened, with a discussion attended by the photographers, journalist Timea Beck, detained near a fence, and activist Marek Kapusta. It will be followed by the concert of Slovak band Longital. On Tuesday, a debate of the Central-European Forum “Re-divided Europe” will take place, followed by a debate with activist/analyst/host

Michal Havran and his guests, exploring the issues of borders both physical and symbolic. Later, legend of Slovak rock music Marián Varga will perform. All the events are free.

On the very day of the Revolution – which is a state holiday – the Evening of Those Who Care will take place at the sites simultaneously, in the D.P.O.H City Theatre, Urban House community bar and Martinus bookshop. In the theatre, the White Crow award for those who fight for justice and truth against the odds will be handed out, while in Urban House, the evening will be more focused on literature and discussion. In both places, the Allstar Refjúdží Band and the Roma siblings Ďuďovci will perform. In the bookshop, the evening will revolve around priest Anton Srholec who both resisted the communist regime and held fast to his values and ideals in democracy, helping the homeless and those on the margins of society. Afterwards, the Tante Elza band will play.

Political parties will also commemorate the anniversary, organising an outdoor rally in the capital, in the SNP Square.