THE KRÁSNA Hôrka Castle in south-eastern Slovakia is being reconstructed and repaired after a devastating fire in March 2012. Currently, the roof’s reconstruction has finished, while approval is pending. 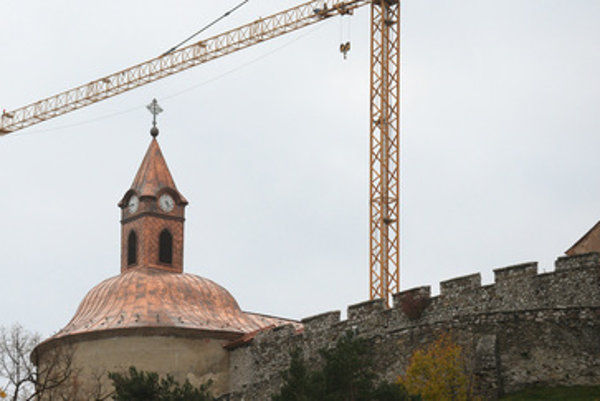 This marked the end of the second phase of reconstruction, finished at the end of October. The first phase was temporary roofing of the castle, while this second focused on permanent roof frames and roofs. One more phase is to be completed, before the castle opens its doors to visitors. 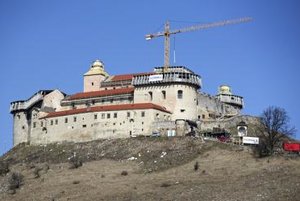 “The last phase of reconstruction of the national cultural monument Krásna Hôrka can begin after we sign a contract with the winner of the tender,” Dagmar Brisudová of the marketing department of the Slovak National Museum (SNM) told the Korzár daily. She added that the final phase will concern exteriors and interiors, renovating the expositions but also improving visitor routes and the courtyard. 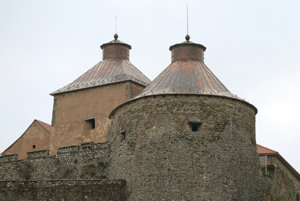 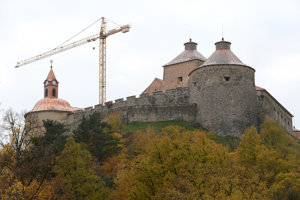 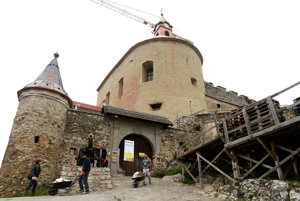 SNM estimates that visitors will be allowed to return to the castle by the end of 2017 or beginning of 2018. After a provisional covering of the castle, it has now been roofed with inflammable red burnt roof-tiles (Vienna style), while parts of the roof and all six turrets are covered with copper. Before the fire, the roof was made of wooden shingles, Korzár wrote.

The ultimate goal of the head of the Betliar museum Július Barczi – Betliar Museum also manages Krásna Hôrka – is the restoration of the original state and form of the museum of the Andrássy family, and to expand exposition spaces, he told the TASR newswire. Krásna Hôrka is unique in surviving World War I and II, as well as the communist regime. It is also one of the oldest museums in Slovakia – in operation since the 1850s, “which is really an early date”, Barczi said. However, the idea is to convert it into a modern-type museum for contemporaries, while also adding new routes and expositions. He explained that apart from 10,000 original artefacts, some new ones have been found which will require the expansion and enhancement of previous rooms. 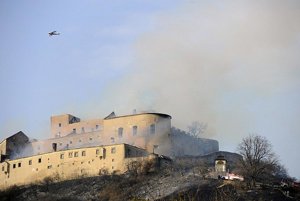