Accomodation project for refugees ends due to conflicts

AFTER citizens of towns and villages in Nitra region learned that soon twenty-five Assyrian Christian families from Iraq will become their neighbours, conflicts ensued leading to a stop of the whole project. 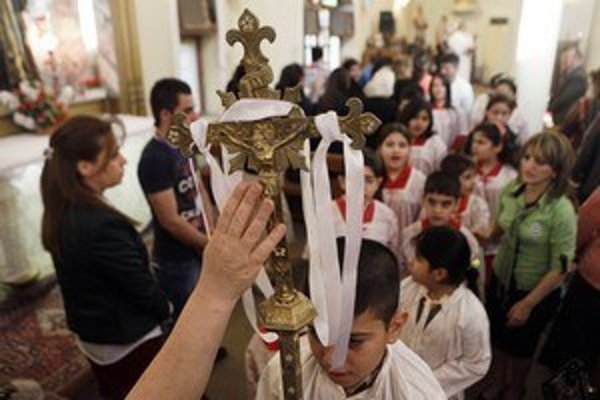 In total 149 people who were checked by Slovak intelligence and do not represent any security risk for Slovakia should arrive in the coming days. Initially they will visit the refugee camp in Humenné in eastern Slovakia. There is a high chance that the state will grant them asylum and then they will be gradually moved from the camp to final accommodation facilities in the Nitra diocese, some of them provided by volunteers. 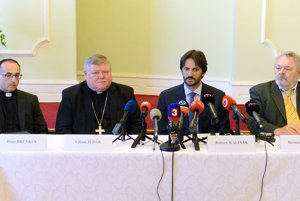 Some of those volunteers, however, speak about being threatened and bullied. Learning about conflicts and the mayor’s negative stance towards the arrival of refugees, Prime Minster Robert Fico announced a halt of the volunteers' project. From now on the state should take care about refugee accommodation and integration. He also implied a doubt about the honesty of  volunteers during the public broadcaster RTVS’ political talk show “O 5 minút 12” (Five Minutes to Twelve) on December 6.

“We have to find a mechanism which will not disturb the Slovak public but at the same time will provide protection for endangered Assyrian Christians,” Fico said during the debate, as quoted by the TASR newswire. “I will not support trafficking by those who thought that they could let accommodations for migrants for rent and will get money for three years for it. Is this volunteering?”

The Plea for Humanity uniting organisations helping refugees responded that Fico is just covering the government’s failure to run this program successfully.

“The government is not able to finish this program despite its promises and this argumentation just covers its own lack of braveness,” reads the Plea for Humanity statement. “Naming people who compensate the state at the expense of their own comfort as speculators is not worthy of the Prime Minister.”

These families are not typical refugees travelling from middle-eastern countries across Europe. They come from a community speaking the Aramaic language, i.e. the original language of Jesus Christ. They are members of the Chaldean Christian Church, Syrian Catholic Church and the Ancient Church of the East. Most of them have university-level education: there are IT specialists, doctors and artists among them and their children speak several languages.

Fearing for their lives in Iraq they left their homes and fled to a refugee camp in Erbile, the capital of Iraqi Kurdistan located northwest of Baghdad. They were chosen, as Interior Minister Robert Kaliňák specified, from more than 1,000 families interested in integration.

Their integration should be financed from the state budget and sponsor donations. Apart from the Nitra diocese, the civic association Pokoj a Dobro (Peace and Goodness) and volunteers of Kto pomôže (Who Will Help) initiative was to provide assistance to them. It was volunteers who offered space for further accommodation of families, while part of the facility is in the church’s ownership.

“We want to ensure that they do not lose their Christian identity and are able to find their new home in Slovakia,” said Viliam Judák, the Nitra bishop, adding that in their case it is absurd to speak about a security risk. “It is they who are endangered.”

Volunteers’ neighbours and mayors, however, started to persuade them to change their minds with some of them going even further.

“We experienced in several villages that volunteers were threatened,” Peter Brenkus of Pokoj a Dobro told the Slovak Spectator. “If this won’t stop we will consider legal steps because this is a violation of a particular persons’ rights. This is, however, the last step after mutual communication fails.”

Some volunteers therefore are deciding whether they should still offer the accommodation for refugees or not, according to Kto pomôže project coordinator Michaela Pobudová. Without being more specific about the names she said that in one of the villages a person bought an estate and wanted to offer it to refugees. He or she however received information that other people from the village are against it.

“I thought that with support of the Catholic Church this project would find more understanding,” Pobudová told The Slovak Spectator. “Considering the current sentiment in society and low amount of experiences of Slovaks with people from such countries it is not surprising.”

Conflicts in Čierne Kľačany village resulted in a statement of Pokoj a Dobro that the organisation will not carry out any activities leading to the arrival of refugees to the village, according to Brenkus.

“We want to place these foreigners among good people where they will feel comfortable,” Brenkus told The Slovak Spectator. “They are already traumatised so they shouldn’t be among people who will harass them.”

However, when it comes to Slovak legislation, people who were granted asylum can go and live wherever they want, no matter what their neighbours think about that, Brenkus added.

Since the beginning mayors of villages in which the migrants should be placed have criticised the process of placing migrants into villages, saying that it has been decided without their knowledge. They talked even about launching petitions or initiating local referenda.

“The migration office of the Interior Ministry informed us about the families being placed in our village on November 26 and four days later the press conference was held where this issue was presented as settled thing,” Miroslav Konštiak, the mayor of Konirovce village told the Slovak Spectator, adding that he is against their arrival to his village.

Mayors of villages where refugees should arrive approached by The Slovak Spectator said that there is a tense atmosphere in their villages.

“Citizens in our village are interested in the arrival of four Assyrian Christians and express their worries about the process of their integration,” Silvia Halvoníková, the mayor of Nové Sady village told The Slovak Spectator. “Of course, we don’t have any legislative tools in the integration process, but no employee of ministries or the Integration Office will come to solve every-day problems related to living together.”

The integration process will take from several months to two years therefore it is now too soon to discuss this issue with mayors, according to the Interior Ministry.

“Moreover, mayors create unnecessary panics because Assyrian Christian Families who are fleeing from the Islamic State posses no threat,” the Communication Department of the Interior Ministry told The Slovak Spectator.

Fico has not supported volunteers

When asked about the conflict situation in villages and his long-term negative stance towards refugees, the Prime Minister stated that he does not see any reason to comment on it.

“This is simply a thing where a Catholic charity actively operates and I don’t have any reason to comment on such things,” Fico told the press on December 12. “The person who came with this idea should solve this. If someone has a problem with mayors having a different opinion they should deal with it, but I don’t see reason to comment on this issue.”

Volunteers would welcome if the Prime Minister expressed his support towards their activities and that he is prepared to work on changing public opinion to be more friendly toward refugees,  according to Pobudová.

Moreover, the state has the main responsibility for creating conditions for refugees’ integration and it does not matter whether the church or volunteers pay for it, according to Zuzana Števulová , the director of Human Rights League.

“It [such statements] cross the line of good manners,” Števulová told The Slovak Spectator. “In the effort to reach good election results we are creating societal problem.”