SINCE January 1, Slovakia is in the state of “half-chairing” the European Union, Ambassador, Permanent Representative of the Slovak Republic to the EU, Peter Javorčík, said as quoted by the TASR newswire. 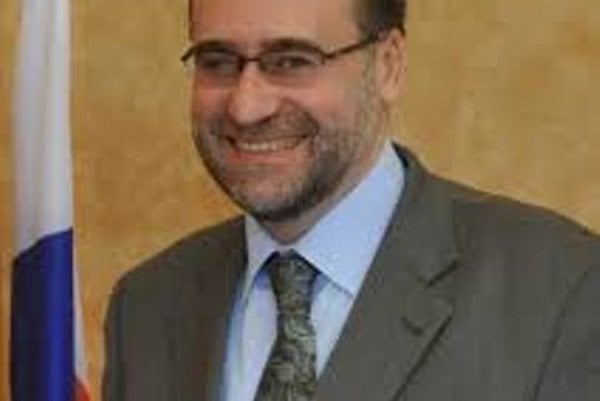 On the first day of 2016, the trio of the Netherlands, the Slovak Republic and Malta took over control of the preparation of European politics. Javorčík praised the fact that by the end of December, the programme of three countries had been approved in Brussels, which defines for 18 months the tasks that must be solved from the point of view of the EU and discussed with other EU institutions before finalising them or fine-tuning certain policies.

The “half-presidency” means, according to Javorčík, a bigger workload for employees of the permanent representation, and a higher frequency of meetings, when e.g. Slovaks will be observers at Netherlands’ negotiations with the European Parliament concerning some legislative proposals. This is important, as part of the unfinished Dutch agenda will most likely be left for Slovakia to deal with.

“We can estimate some things already now,” Javorčík explained. “At the December EU summit, it was agreed that the European Border and Coast Guard will be created, and during the Dutch presidency, member states should agree on how it will look. Also the Slovak presidency will then have the task to finalise this concept and conclude an agreement with the European Parliament. Thus, the European guard will become reality,” he concluded.

A whole team has already been completed to ensure effective execution of the Slovak EU presidency: there are about 170 people in Brussels (compared to just over 80 as usual), while the permanent representation plans to employ about 30 more young interns based on tenders already organised in Slovakia, while additionally some Slovak citizens already working for EU institutions will render support as well.

Apart from the customarily wide agenda, the Slovak presidency will have as its priorities the Energy Union and also progress in the digital agenda, Javorčík said, stressing that within the Energy Union, Slovakia would like to achieve an agreement on the proposal concerning safety of gas supplies which is crucial for both Slovakia and the entire EU.

Regarding the digital agenda, the effort focuses on e-commerce, electronic trading to eliminate barriers in this field among member states and to simplify the purchasing of goods and services online from other countries.

A novelty is the task of the EC to file by the end of 2016 a medium-term evaluation of the seven-year financial framework of the European Union. “This is a bit of a question mark for us,” Javorčík conceded. “We do not know yet what our role in this will be.” He opined that this will depend on when the EU executives will want the due proposal: if by mid-2016, then Slovakia will have to deal with it; but when the proposal comes due only by the end of 2016, Slovakia will start the process, but Malta will complete it.

There is no unbiased, objective criterion to evaluate EU presidencies; it is important to finish agreements and compromises among EU member states in the current agenda, as well as for the presiding country to be able to react promptly to unpredictable events and to solve emergency situations, Javorčík said.