NEAR Rainer mountain chalet at Starolesnianska poľana in the High Tatras, a Bethlehem made of snow was created also this year. 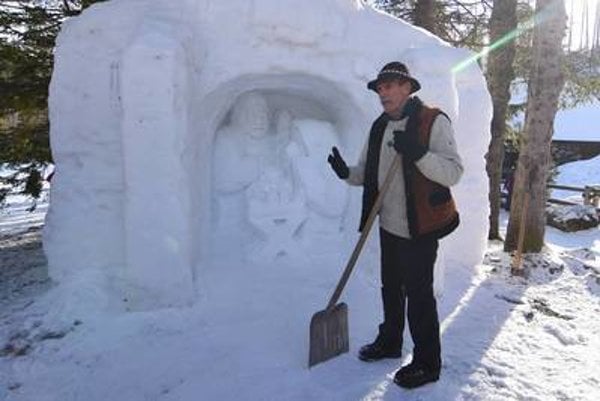 During the traditional event Epiphany Afternoon, hailing the arrival of the Three Kings, hundreds of people came to see it. Part of the programme was also the traditional local Goral-music band Zbuje and the folklore ensemble from Lendak, the SITA newswire wrote. 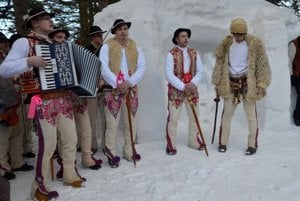 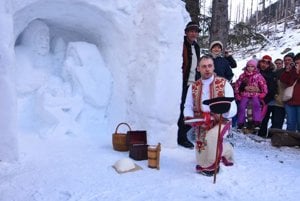 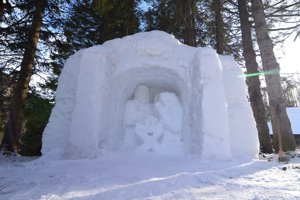 The Bethlehem is made every year by Peter Petras; but he complains that recently, lack of snow is marring his efforts. However, this year’s Bethlehem, the replica of the Nativity scene so popular in Slovakia around the Christmas time, is one of his best, he told SITA.

“This year’s Bethlehem has 4.5 metes in width, three metres in depth and more than three metres in height,” Petras said. “Its composition is the same all the time, the Holy Family could not look differently. It is compact, holds together, but if there was a small donkey or a sheep, it would not make sense.”

This year, Petras started to build the sculpture around December 8, but later a thaw came, and marred his efforts. Thus, they covered the fundaments with wooden panels and a sheet, and finally they managed to prevent the snow from thawing. “When it started freezing, I started to work on the interior and I managed, despite the lack of snow,” Petras said, as quoted by the TASR newswire. “We took all snow from the surroundings, down to the grass.But we had to work very hard with shovels – we had to bring snow, beat it to make it even; we walked kilometres with the snow.”

The creator of Bethlehem hopes there will be enough snow even before Easter so that he can also make an Easter egg of snow. In early December, he made a St Nicolas statue from snow, under which he gave presents to his grandchildren. If there is enough snow, he plans to make also a mountain load bearer and other snow statues.

Petras used to be the manager of the Rainer mountain chalet, and currently, Peter Petras Jr is managing the oldest chalet in the High Tatras (1863). 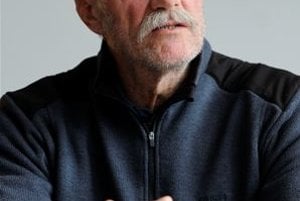