THE KIA Motors Slovakia company produced 338,000 cars last year, which is an increase of 4 percent year-on-year. 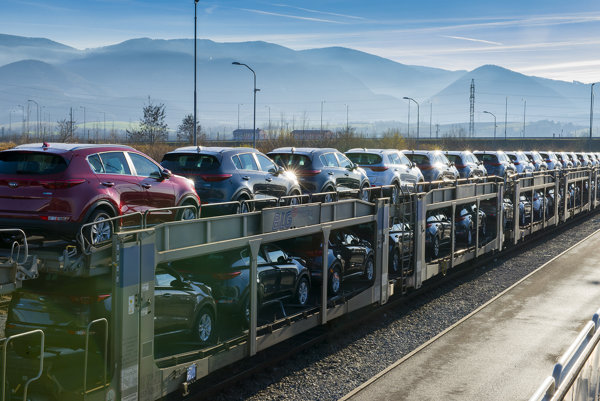 Compared to the previous year, also the production of engines increased, by 18 percent, when their number exceeded 582,000 in 2014.

“The production in our plant has been growing continuously for the sixth consecutive year,” president of Kia Motors Slovakia, Eek-Hee Lee, told the SITA newswire. “I firmly believe that the currently renewed product portfolio will help maintain this trend also in the upcoming period.”

Last year, the car factory invested €110 million; the investment was directed mainly to the launch of serial production of new models. In June, Kia introduced a product-improved version of cee'd, and in December, also the fourth generation of Kia Sportage. In addition, last year the two-millionth car and three-millionth engine were produced in its Žilina plant.

In 2015, Kia Sportage constituted 58 percent of annual production in Žilina. Of the total volume of cars produced, cee'd accounted for almost one third, and Kia Venga 9 percent. Vehicles made in Slovakia covered last year 56 percent of all sales of Kia in Europe; they were most attractive in Russia (14 %), the UK (14 %), Germany (8 %), Spain (8 %) and Italy (6 %).

The most demanded engine produced by Kia in Slovakia was the 1.7 litre  diesel engine; last year, diesel engines comprised about 50 percent of the total production. Almost half of the engines were exported to Kia affiliated plant Hyundai Motor Manufacturing Czech in the Czech town of Nošovice.