Fico could be prosecuted for anti-Muslim statements

PREVENTING the creation of “a compact Muslim community” because “we don’t want someone to abuse our women in public spaces”, are statements which Prime Minister Robert Fico could be prosecuted for, according to lawyers approached by The Slovak Spectator. 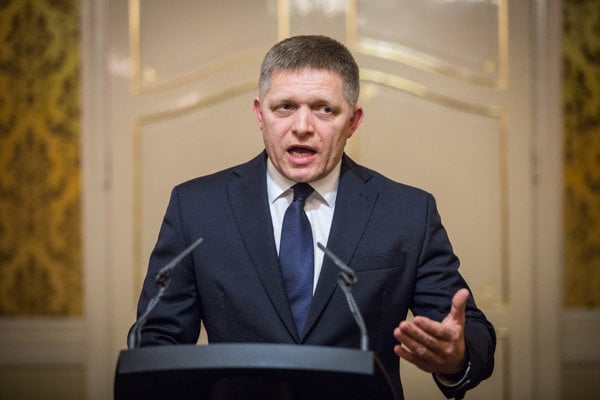 “Theoretically, the prosecution of Prime Minister Fico could be possible,” lawyer Jozef Dobrovič told The Slovak Spectator, adding that the statement could be seen as incitation to restricting ethnic groups’ rights and freedoms.

More than 500 criminal complaints were filed, 40 percent alleging sexual assault. According to Cologne Police the suspects were “almost exclusively” from a migration background, mainly North African and Arab, an official report says as cited by the BBC on January 11.

The Slovak Spectator sent to several lawyers Fico’s statements regarding a compact Muslim community in Slovakia, making connections between terrorist attacks and Islam, monitoring of all Muslims in Slovakia or opposing construction of mosques in Slovakia. Some of those statements could be punishable, according to lawyers.

“I don’t know the exact context in which Robert Fico’s statements were said, but in a way, in which you presented them to me, they could theoretically be the body of the crime of hate speech or incitation to national, racial and ethnic hatred,” Peter Kováč, the docent at Faculty of Law of Trnava University in Trnava, told The Slovak Spectator.

The prime minister in Slovakia could be legally prosecuted and what is more, as a public figure presenting such statements publicly he could end up behind bars for two to six years, according to Dobrovič.

“Based on previous experiences I presume that even if someone dares to file charges against him, there would be serious problems with delivering respective process papers to the prime minister,” Kováč said.

Kováč was referring on the fact that a judge of the Pezinok District Court, Michaela Králová, failed to deliver to Fico the subpoena for the trial with former PM Iveta Radičová, after having tried for 18 months to send it to him at his former residence and the Government Office with no success. Radičová sued Fico for libel in 2011.

“If Slovakia is a country with dominance of Catholic Church and Evangelical Church is the second strongest therefore we should not easily tolerate that 300 or 400 Muslims will come here, they start to construct mosques and start to change the character, culture and values of our state,” Prime Minister Robert Fico said in January 2015 during a political debate aired by public-service RTVS.

When interpreted more widely, the words “we don’t make such a decision” used in Fico’s latest statement commenting on events in Cologne and the words “we should not easily tolerate” used in Fico’s January 2015 statement, can be seen as incitation to restricting ethnic groups’ rights and freedoms, according to Dobrovič.

In the first case the incitation is aimed at members of the government or MPs and in the second case Fico is addressing everyone, he added.

“Truly, it is really wide interpretation and I do not expect that he could be prosecuted for those statements based on a criminal complaint,” Dobrovič said.

Fico made another controversial statement after the November 13, 2015 terrorist attacks in Paris that “We monitor every single Muslim in Slovakia” followed by the statement “when peoples’ lives and state security is at stake, I don’t care about ethics”.

“This statement is not about the prime minister’s ethics, it’s about fundamental human rights and freedoms,” lawyer Tomáš Kamenec told The Slovak Spectator. “No one should dare to say that we will monitor every single confessor of some religion.”

The Prosecutor's Office together with the Police Presidium have not answered the question about whether they have received criminal complaints over Fico’s words and whether they will deal with them on their own.

However, while some lawyers admit it would be possible to prosecute Fico for his claims, Police Corps President Tibor Gašpar does not think he committed a crime.

“Based on my experiences as an investigator I don’t think that this is it [a hate crime]; everything has to be seen in a context in which it is said,” Gašpar told the Sme, adding that in context of the migration and security situation these are “normal statements”.

There is no crime in Fico’s words because those statements are general and can be interpreted as a fairly legitimate opinion of the Prime Minister. They do not aim at restricting of specific fundamental rights, according to Marek Benedik, the lawyer at Havlát & Partners.

In general, Fico’s words can be prosecuted, but this is not the main point of the issue. No matter if it is a criminal act or not, it is stupid to act like this, according to Kamenec.

“In concentration camps 60,000 of our citizens died because of the same motto that we are protecting our values and they allegedly have different values,” Kamenec said. “Such rhetoric is scaring me.”

The Islamic Foundation in Slovakia responded that it rejected the direct or indirect connection of terrorism or sexual violence with Islam or even with the Muslim community in Slovakia.

“Sadly, whether we want it or not, we are becoming an issue of the pre-election campaign,” reads the foundation’s statement. “We fear that the current social atmosphere could endanger the safety of our families, particularly women and children. Therefore we ask our political representatives as well as public figures and media to please have regard to that.”

“We have been receiving such e-mails for a long time but the number always increases after some happenings or statements,” the foundation representatives told The Slovak Spectator, adding that last time when the number of attacks increased it was due to Fico’s statement about monitoring Muslims.

As a response to the latest events, several NGOs including Open Society Foundation (OSF), Human Rights League (HRL) and Centre for the Research of Ethnicity and Culture (CVEK) published an open document supporting the Islamic Foundation.

“[Please], accept sincere apology for unfair and degrading evaluations in our names,” NGOs writes in the document. “We want to ensure you that not all citizens of this country see you in such way.”

After Interior Ministry spokesperson Ivan Netík said that “we could take 800 Muslims but we don’t have any mosques” in August 2015, once again, the latest statements of Slovak government representatives related to Muslims are drawing the interest of foreign media. 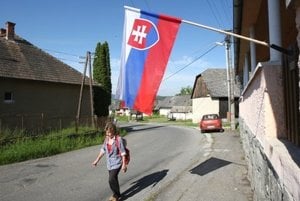 “Slovakia, citing Cologne assaults, vows to keep out Muslims” reads the title of an article about Fico’s statements published by the Politico website.

Words about the compact Muslim community were quoted also by global agencies such as AP, Reuters and AFP. Therefore they made it to websites of the New York Times, Deutsche Welle and Star Tribune, the Denník N daily reported.

In the Czech Republic Fico has received the most media attention. Czech weekly magazine Reflex wrote that Fico would be found guilty for such words referring to the imprisonment of a Czech far-right politician who said: “Our beautiful Czech country is flooded by a destructive immigration tsunami wave which is destroying everything which is dear to us,” Denník N quotes the politician without naming him specifically.