A FIGHTER against oppression, a real personality, and a moral authority – this is how people in Slovakia describe priest, communist-era dissident and altruist Anton Srholec, who died on January 7 in Bratislava at the age of 86. 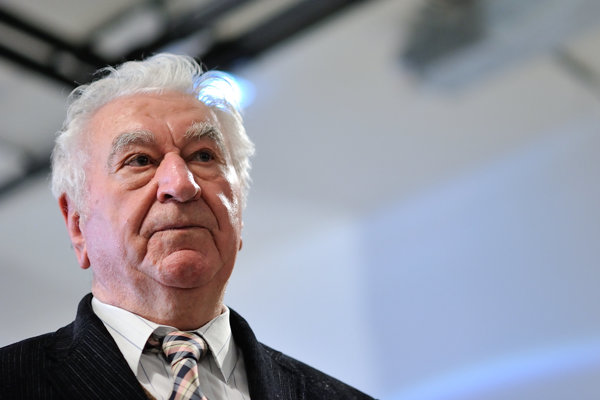 Born in Skalica (Trnava Region) on June 12, 1929, Srholec was a political prisoner incarcerated by the communist regime for many years. After the revolution, he took an active part in public discussions and various demonstrations. Despite being a priest, he was persona non grata in the Church for his critical approach to its operations and some of its representatives, according to the Sme daily.

He, however, was admired by many for his approach to life and his willingness to help people in need. 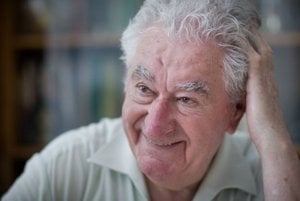 Parting with the priest

Srholec’s life was marked by many setbacks. He transformed his suffering into love, said President Andrej Kiska during his funeral speech.

“He found God in loneliness, in the people around him, in their smiles and actions,” Kiska said, as quoted by the TASR newswire. “He was forgiving, while not forgetting the evil that needs to be opposed.”

“He was a lighthouse for all who were searching for a shore in the sea of hopelessness and his life full of hardships was crowned by the work permanently written into Slovak society,” Fico wrote in a statement.

Srholec’s popularity was proven also by the number of people who came to bid farewell to the priest on January 12 in Bratislava and Skalica. In addition to Kiska, the requiem mass in Bratislava was attended by many other representatives of public and political life, from the Anton Srholec Resocialisation Community (Resoty) and the Confederation of Political Prisoners of Slovakia (KPVS).

“We lost a big person who, I would say, was big not only in the Slovak, but also the European, context,” Jozef Baník, deputy chair of the KPVS, told the public-service RTVS.

Also among the mourners, was recalled Trnava Archbishop Robert Bezák, whom Srholec supported after he was dismissed from his post, according to the Týždeň weekly.

On the other hand, neither Fico nor any members of his cabinet attended. Top representatives of the Catholic Church also stayed away. The only bishop who bade farewell to Srholec was Auxiliary Bishop of Bratislava Archdiocese Jozef Haľko, as reported by the Denník N daily.

Persecuted by the communists

Srholec decided to study theology, which was not possible in then communist-Czechoslovakia, he tried to illegally emigrate abroad in 1951. However, he was caught and sentenced to 12 years in prison. He served 10, mostly in the uranium mines in Jáchymov.

After his release in 1960, he was a labourer at construction sites. Later, he worked as a labourer and secretly studied theology, also at the papal university in Torino. In 1970, he was ordained as a priest by Pope Paul VI, yet after he returned to Czechoslovakia, Srholec could not pursue a clerical career, and he was first a sexton and then a popular preacher in the Bratislava church of Blumentál. He was also sent to smaller parishes in the vicinity of Bratislava.

Srholec addressed people mainly with the testimony of his life, which was heroic in regard to what he suffered in the uranium mines, followed by prosecution and a ban on serving as a priest, said Salesian Society in Slovakia Provincial Jozef Ižold.

“Despite this, it didn’t break him, and he was able to encourage others,” Ižold added, as quoted by TASR.

According to the representatives of the Conservative Institute of Milan Rastislav Štefánik, Srholec was aware of the importance of historical memory and made efforts to help people remember the days when freedom was threatened.

Following the Velvet Revolution in 1989, Archbishop Ján Sokol refused to consent to Srholec’s rehabilitation, meaning that he still could not preach publicly at churches. Even though neither the Salesian order, nor the diocese involved Srholec in pastoral care after the revolution, he stayed in contact with the Salesians, Ižold said.

Srholec was active in the Helsinki Committee and other organisations, as chairman of the KVPS, and he mostly focused on working with homeless people. In 1992, he founded a re-socialising facility for the homeless, Resoty, in Bratislava’s borough of Podunajské Biskupice, which offers a shelter for dozens.

Srholec’s life was also captured in a documentary by director Alena Čermáková, which was introduced to the Slovak cinemas in October 2015. She monitored his life for eight years, accompanied him during the visit to Leopoldov prison, with homeless people, and also searched documents in archives. There is also a new book of interviews with Srholec by Pišta Vandal Chrappa, also released in October, TASR wrote.

“We lose one of the real personalities of Slovak nation,” said Ondrej Krajňák, head of the board of the Nation’s Memory Institute. “Don Anton Srholec could win the favour, the hearts, the admiration and the support of people of good will, regardless their social status or religion.”