PRIME Minister Robert Fico responded to the anonymous criminal complaint filed against him over his statements regarding the Muslim community saying that he will not sugarcoat his statements. 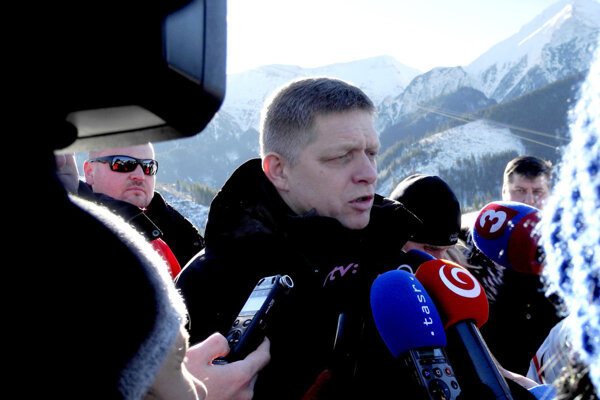 “In ancient Greece, bearers of bad news were thrown into a well,” Fico said, as quoted by the TASR newswire on January 14. “In Europe, people were regularly strung up for speaking the truth and I view this nonsense in a similar light. I’ve never sugarcoated my statements and won’t lie to the people of Slovakia. Just imagine if the public TV channels in Slovakia had withheld information about sexual assaults against women for a few days in the way that it happened in Germany.”

At a press conference on January 7, Prime Minister Fico claimed that Slovakia must be protected from security threats and one of the ways to minimalise risks is to prevent the formation of a compact Muslim community in Slovakia, as this could be created as the result of a mandatory migrant resettlement quota.

Fico said this in response to recent events in Cologne, where mass sexual harassment of females occurred during New Year’s Eve celebrations.

The complaint relating to Fico’s statement about the need to prevent the formation of a compact Muslim community in Slovakia is being dealt with by the Prosecutor-General’s Office. It was delivered by e-mail on Sunday, January 10, and makes accusations of inciting racial, national and ethnic hatred against Fico, a felony punishable by three years in jail, according to spokesperson Andrea Predajňová.

The Prime Minister reiterated on January 14 that he will continue to speak his mind based on the quality intelligence information he has at his disposal.

“We were proven right on terrorist attacks, which we warned about in advance,” Fico said, as quoted by TASR. “We also spoke in advance about the linkage between the migration crisis and sexual assaults in Cologne. We’re six weeks away from the election and that's the context in which various initiatives of this kind, such as criminal complaints, must be perceived.”