The Varga family, and indeed the whole village of Petrovce, endured suffering, fires, and deaths to protect Jews hiding in the area, rather than cooperate with the Nazis. 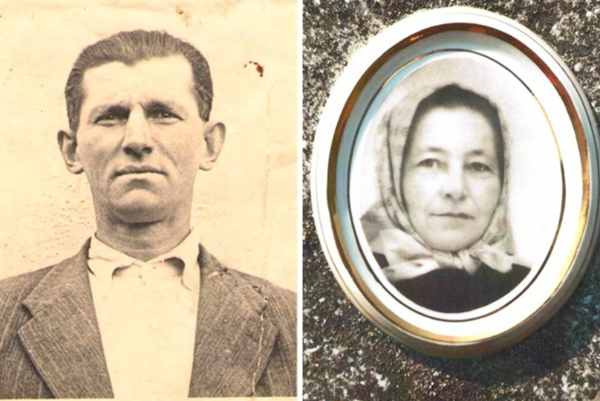 Ján Varga with his wife Anna are righteous among the nations. (Source: The Embassy of the State of Israel in Slovakia archive)
Font size:A-|A+

Ján and Anna Varga have received the Yad Vashem (Righteous) title on January 27, 2016. 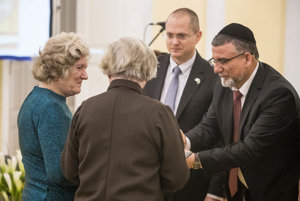 František Neumann, whose Hebrew name was Efraim, was originally from Stropkov. In 1944, during his military service, probably in Bardejov, he was enlisted in the "6th battalion", where only Jews served as assisting forces to the army. After the battalion's dismantle, its members were moved to work camps across the whole of Slovakia, among them Efraim.

One evening a commander in the work camp revealed to Efraim and other Jews that they were to be deported to Auschwitz the next day. He advised them to run away and find a hiding place wherever they could. A group of 20 Jews decided to listen to his advice.

Efraim settled in the village of Petrovce, whose residents were Evangelicals, and where a few Jews and partisans were already hiding. He turned to the house of Ján and Anna Varga, following the recommendation of Ján Varga's sister Anna Peterová, and offered his services to them. The couple, who had four children, took him on as a farm hand. They would call him Jozef in order to not look suspicious in front of the others. As they had a farmstead, Efraim was helping wherever it was needed. He worked as a cowherd and also helped around the house, in which he was living with the family.

In his testimony he says: "When I arrived there it was hard for me to adjust, because I had never done such work before. I got used to it with time. As everybody in the village was against the Nazis, we were able to stay there. I was given completely different clothes, the same kind of clothes local people in the village used to wear, so that the Germans wouldn´t recognize that I'm Jewish if they passed through there. The couple knew I was Jewish. The whole village knew I was Jewish."

In his testimony, Efraim describes the different household jobs he did along with the rescuers' family members. When the German soldiers were searching for Jews and partisans, he would hide in the attic in hay or would escape to the woods. With the increasing amount of searches, Efraim and several of his friends decided to move to a hiding place in the nearby forest where they entrenched themselves in a bunker. They came to the village to get food, and for which he would return to the Varga's house. One day the mayor of the village came to the bunker to warn them that the Germans were coming. Even though the Germans were already in the village, they managed to escape.

The residents of the village weren't so lucky. Two of them were shot, nine were taken away. The whole village of Petrovce, comprising 38 houses, was burnt down. The house of the Varga family was completely burned down. The family continued to live in the basement, the only part of the house which remained. Later, they built a new house in the same place. Efraim remained with the family also after the burnout, until the end of the war.

After the liberation, Efraim returned to his hometown, but he didn't find anyone from his family. His mother, brothers and sisters were sent to the extermination camps, except for one brother who joined the partisans but was killed as well.

After the war, Efraim opened a store and kept in constant touch with his rescuers, also helping them financially. After the war he invited Anna, the oldest daughter, for holidays to Stropkov. In 1949 he immigrated to Israel, but remained in contact with his rescuers, they corresponded and he even visited them twice. He met with Anna Vargová, although Ján was no longer living,  together with his wife who survived Auschwitz and a cousin from Bratislava and also visited their children - Anna, Ján and Jozef (Mária was living elsewhere). They visited Ján Varga's grave. He invited Mrs. Vargová to come and visit him in Israel, but she replied that she was too old to travel. The family of the rescuers exchanged post cards with Efraim's cousin and it was she who informed them of his death.