THE UNOFFICIAL world championship in ice sculpting that took place on the last weekend of January in the High Tatras attracted 22,000 people. 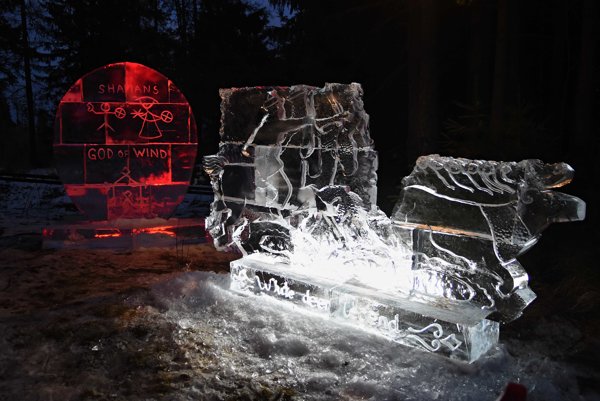 Visitors came despite the unusually warm weather and strong gusty wind to see 36 ice sculptures made from 45 tonnes of ice by twelve teams during three days.

“We bet on a top cast, and it was the right decision,” Lenka Maťašovská, CEO of the Regional Tourism Organisation (OOCR) High Tatras, told the SITA newswire. “Teams from Singapore, USA and Canada made a long journey to come here; but it was worth it. Americans placed third on Friday, the Canadian team placed third on Sunday, and sculptors from Singapore won the audience’s vote prize on Sunday.”

During the weekend, artists had to cope with three competition disciplines: on Friday, January 29, the “Global Flora” was the leitmotif – with winning teams coming from Slovakia and Russia. The theme “The Country I Come From” on January 30 was not evaluated by the jury due to bad weather. On the last day, freestyle creation was evaluated by the jury in two categories: technical mastering and design.

“In the design category, the Polish team won third place, the Dutch were second and sculptors from the Czech Republic won,” Maťašovská said. “In the technical mastering of the motif, the jury agreed on Finland, Russia, and Canada. On Friday, Slovaks won the favour of the audience, Czechs on Saturday and Singaporeans on Sunday,” she concluded. The jury consisted of different people than in previous years, and was chaired by a woman. 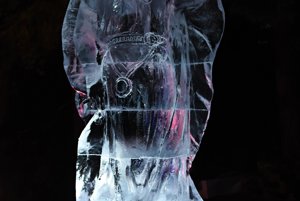 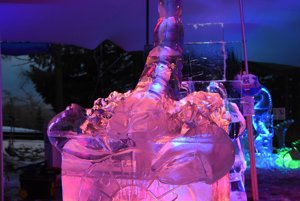 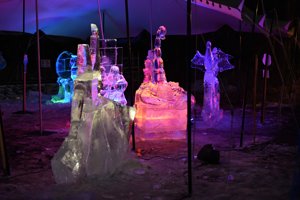 Ice attractions like the Roman Coliseum or London’s Tower Bridge were also successful; almost every visitor stopped to admire them, according to the OOCR head. Every day, music performances – of local musicians, and also a children’s violin orchestra – completed the programme; while on Saturday, Hungarian artists and sculptor Zsolt M. Tóth made an impressive ice-fire show.

“Already on weekdays, temperatures were very high but sculptors fought to complete the whole area and ice attractions comprised in it,” Maťašovská described. “The most critical day was Saturday when temperatures rose above 7° Celsius and a very strong, gusty wind blew.” She added that people were not discouraged even by this, and on Sunday, when the wind stopped blowing, temperatures fell and it started to snow, was something of a reward.

If the weather continues to be favourable, visitors will be able to see the ice sculptures for several more weeks. The admission to the complex (and also to the Tatra Ice Cathedral) is free of charge.