TWO trams crossed Bratislava’s Old Bridge on February 16 for the first time since the bridge’s reconstruction as part of technical-safety tests. 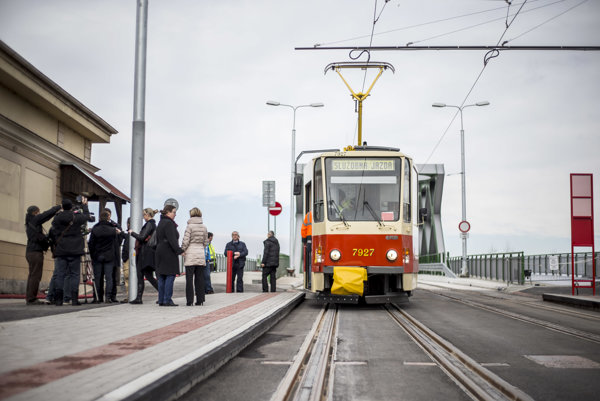 The tests were carried out by public city transport company Dopravný Podnik Bratislava (DPB) on the route between Šafárikovo Námestie square and the borough of Petržalka.

The tests proved that the line is in order.

“They confirmed the ability of the line to operate trams and its accordance with the projected parameters,” Bratislava’s spokesperson Ivana Skokanová said, as quoted by the TASR newswire.

The tests are a part of the final inspection process and so the city is still unable to specify when trams will begin travelling over the bridge on a regular basis, she added. Tram service across the Danube dates back to 1914 and, with some interruptions, last ran in 1961. 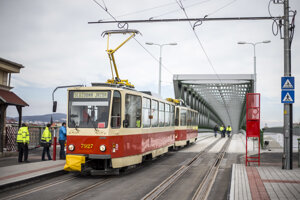 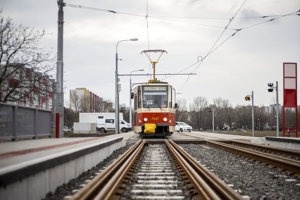 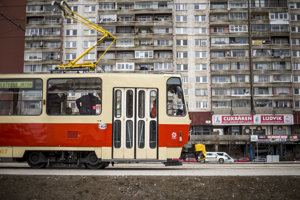 The final inspection of the Old Bridge and premises in the Old Town and Petržalka started in the second half of January. It should apply to over 100 elements, including the bridge’s lighting. The city council warned that the bridge will be viewed as a construction site until the final inspection is completed, meaning that free movement is prohibited, TASR wrote.

The Slovak capital took over the structure from the contractor on December 16, 2015. Bratislava Mayor Ivo Nesrovnal claimed at that time that if the public sees workers on the Old Bridge or in its vicinity, this does not concern the completion of construction work but the removal of defects. He stressed that the contractor is removing them at its own cost.

A consortium of three firms led by Eurovia SK carried out the project for €58.8 million excluding VAT. As much as 85 percent of the project’s costs was financed from European Union funds, while the state contributed 10 percent and the city 5 percent. The EU will only cover expenditures arising before December 31, 2015. The project must be put in operation by March 31, 2017 at the latest, Katarína Kohútiková of the city’s communications and marketing department told TASR.