MORE than 20,000 Slovaks have signed a petition against the European Commission’s draft directive aimed at radically restricting the sale and possession of legal weapons by EU citizens within two months. 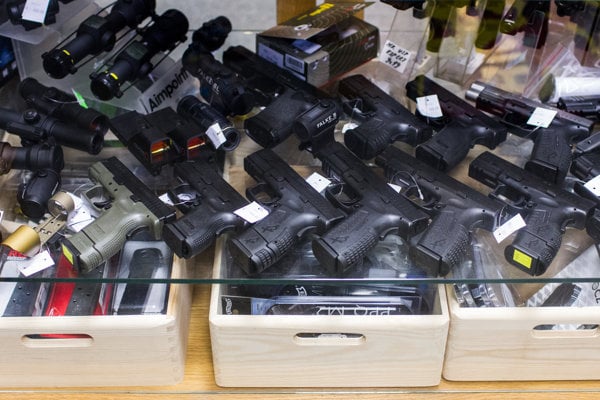 The directive was presented in reaction to last year’s terrorist attacks in Paris.

“The petition has been signed by 20,135 people, and signatures are still being collected,” said Ľudovít Miklánek, member of the board of directors of the Firearms Owners Association-Legis Telum, as quoted by the TASR newswire. “Apart from at shooting ranges and hunting and army shops, people have been collecting signatures on their own initiative.”

In addition to Slovakia, similar petitions have been launched in the Czech Republic, as well as in some other EU countries. Many people who are not holders of a firearm licence or a firearm have also signed the petition, Miklánek added.

“We believe that it’s impossible to fight crime by restricting rights that upstanding citizens have obtained in accordance with the law,” reads the petition, as quoted by TASR.

Such a ban is a serious security risk, as it would open up opportunities for the black market and increase the number of illegal weapons, so there will be less control over firearms when compared to the current situation, Miklánek claimed.

He already said at a press conference in November 2015 that the EC’s draft directive is in direct contradiction with the constitutions of individual EU countries, including Slovakia’s, as reported by TASR.

There are around 147,000 holders of firearm licences in Slovakia. This number has been constantly decreasing because the conditions are constantly being strengthened, said Miklánek. The number of registered weapons and their main components in Slovakia is less than 300,000 and is stagnating. When compared to neighbouring EU countries, Slovakia is among the countries with the lowest number of weapons per 100 inhabitants.

Legis Telum has been operating since 2009. It currently has almost 1,000 members.