Marches took place in several Slovak towns with the lecturers on strike “beating out the truth on Slovak education”. 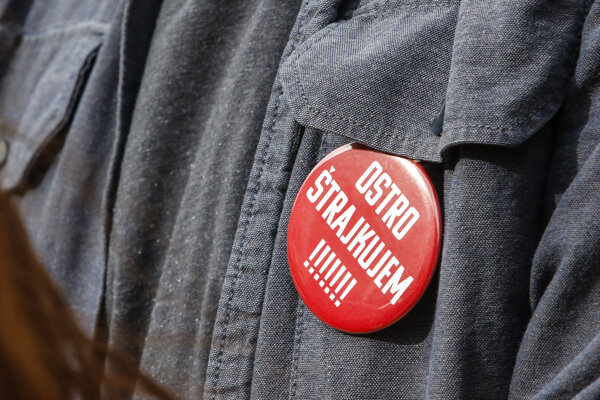 TOGETHER 504 lecturers from 19 universities have taken part in the strike organised by the Initiative of University Teachers (IVU), according to the February 22 data.

“More than 15 gatherings and cultural events related to the strike will take place this week,” said Juraj Halas of IVU, as quoted by the TASR newswire.

For example, marches in several Slovak towns are scheduled for February 24, with the lecturers on strike planning to “beat out the truth on Slovak education”.

“If this government remains in place until March 5, then it still makes sense to put pressure on it or on any government that will emerge from the general election,” Halas added, as quoted by TASR.

IVU claims that the strike does not immediately concern university education at all. It is rather about supporting the demands of teachers from nursery, primary and secondary schools, who were on strike between January 25 and February 15.

“Nevertheless, we realise that without improving their situation and without more funds being allocated to these schools, we won’t see any significant improvements in university education, either,” said Halas, as quoted by TASR.

“Commencing on Tuesday [February 23], we’ll interrupt lectures at noon for five minutes each day, gathering in front of our faculties and on courtyards to express our support for teachers’ claims,” said students’ representative Ina Sečíková, as quoted by TASR.

Meanwhile, Education Minister Juraj Draxler views the strike by university lecturers as a mere symbolic gesture by individuals. Earlier, the Slovak Rectors Conference (SRK) also described the activities of individual IVU members as their own private initiatives. IVU rejects such views, however, pointing out that as many as one quarter of staff at several faculties have joined the strike.