Films, music, theatre and more within Month of Francophony

FRENCH culture is presented richly in Slovakia, and each year, one month brings a condensed dose of it – March. Not just in the capital but also in Košice and Banská Bystrica, the Month of Francophony presents a host of various events, connected through one common phenomenon, the French language. 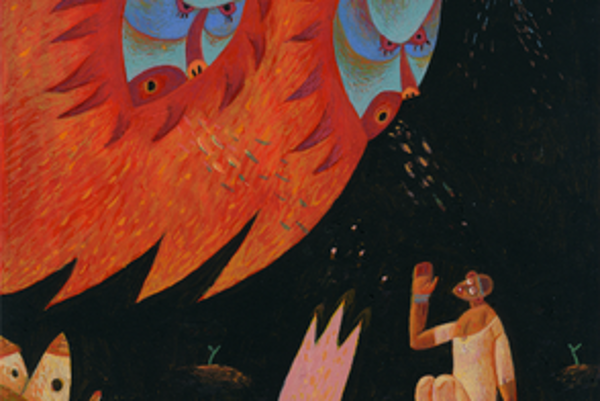 In Bratislava, it started by the end of February with a Francophone market, followed by a French Language Exchange Meeting, the opening of an exhibition (of Miloš Kopták and Michéle Francillon) with a French programme, an evening of poetry, a Celtic-French-Irish evening (Roch’ann band, Avalon Academy of Irish Dance), a university students’ forum, the opening of paintings by Tessa Muljacic (Croatia), a concert of the Carrousel band, Journée – tasting French meals and delicacies in Slovak restaurants with a lecture on gastronomy, commemoration of the 25th anniversary of French bilingual sections at Slovak schools, a lecture of Sufism, a workshop of creative writing for French and Slovaks, and the Romanian Film Club.

As the year 2015 was especially strong in French cinematography, according to the organisers from the French Institute in Slovakia; and is the second most productive in the world, the Crème de la Crème film festival may become one of the highlights of the whole month. The “week of French movies” – March 10-16 – will take place not just in Bratislava, but also in Banská Bystrica, Nitra, Košice, and other Slovak cities and towns simultaneously.

In Košice, the Month of Francophony will comprise also two photography exhibitions, Gout de France promotion of the country’s gastronomy, an evening of poetry, a theatre performance, and more, organised by the Košice-based French Alliance (which has also a branch in Banská Bystrica), the TASR newswire wrote.