Vienna tram back in Bratislava streets

The tram-car that connected Bratislava and Vienna at the beginning of the 20th century may be repaired and used again, if finances allow. 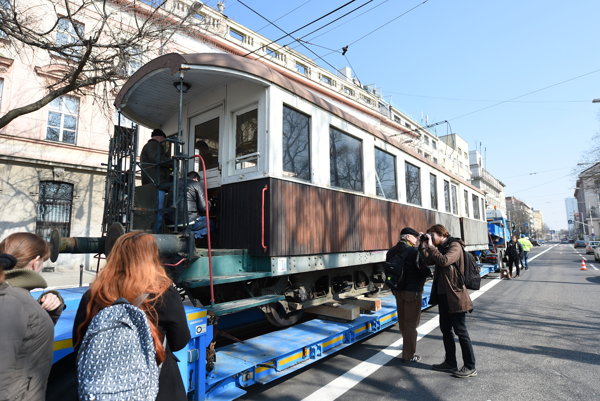 The original L.W.P. Ringhoffer BCDFa 1400 car of Vienna Tram was festively welcomed in the small park of Vajanského Embankment, on the site of the original tram stop on March 18. Representatives of the city of Bratislava, the capital’s borough of Old Town, Bratislava Region, and the Club of Friends of Mass Transport and Regional Transport were present.

The latter two organisations have collaborated for a long time, as well as with other fans and enthusiasts eager to save technology monuments, and the Bratislava Region in the past supported saving an engine of this tram line.

This car was part of the historical Vienna tram line from 1913, which used to connect Bratislava and Vienna before World War II. Of the three cars manufactured and operated, only two remain: one is in a museum in the Austrian town of Mariazell, and the other in Bratislava, the Bratislava Region informed in a press release.

It was brought to the Slovak capital by the Club of Friends of Mass Transport and Regional Transport civic association, the aim of which is to repair the car into its original shape and form, as was done with the preserved engine of a Vienna tram which is currently exhibited in the Slovak Technical Museum – Museum of Transport in Šancová Street in the capital.

“I think this is important, not just for the city and, of course, for the Old Town, but also for the whole region, to show in this way our direct connection to Vienna,” Bratislava regional governor Pavol Frešo said. “This bond has not just a historical, but also a cultural dimension, and this is the reason why we support this project.”

Within a scheme of regional subsidies, a total of €796,300 should be offered to 260 cultural projects. Of that, €5,000 should go for the repair of the Vienna tram historical car, as proposed by the independent council of experts. For this to happen, Bratislava Region representatives will have to approve this proposal. 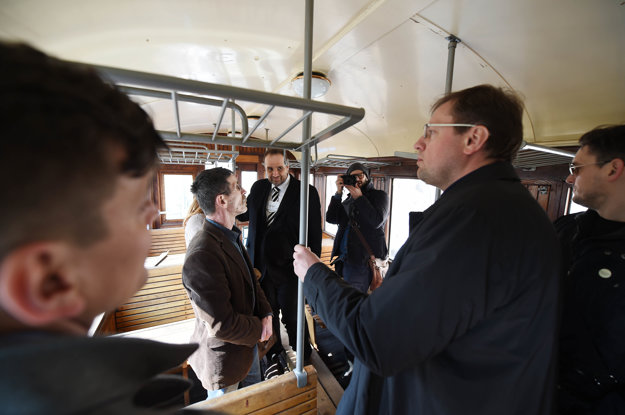 The isnide of the original car of Vienna tram, (Source: Courtesy of Bratislava Region)