Tips for events in Bratislava between April 8 and 17, including a festival of adventure films, a lot of theatre performances, live music and parties, a performance of Shaolin monks, opera premeire, benefit concert, and more. 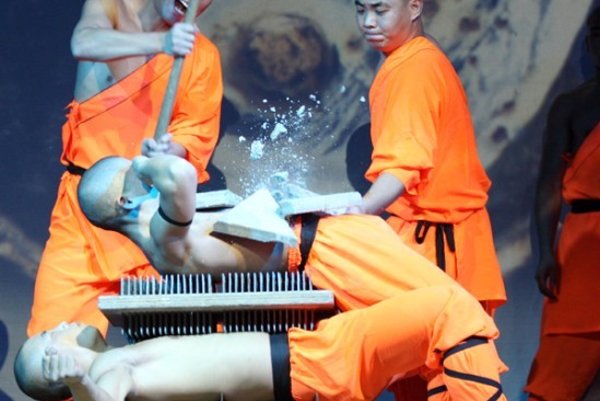 FESTIVAL: Hory a mesto/ Mountains and City - This International Festival of Mountain Films and Adventure every year familiarises its visitors with domestic climbers, watermen, surfers, cyclists and their performances, while presenting their newest slovak films from a range of disciplines. This year, for the first time in the 17-year history of the festival diving is represented. The invitation was accepted by successful Slovak diver Katarína Linczényiová. The festival offers more than 40 films; performances are prepared by 29 guests as well as talks with 30 adventurers about “different travelling”. Starts: Apr 6-10; Cinema City multiplex in Bratislava Aupark. Admission: from € 4,5 (www.cinemacity.sk). More info: www.horyamesto.sk. 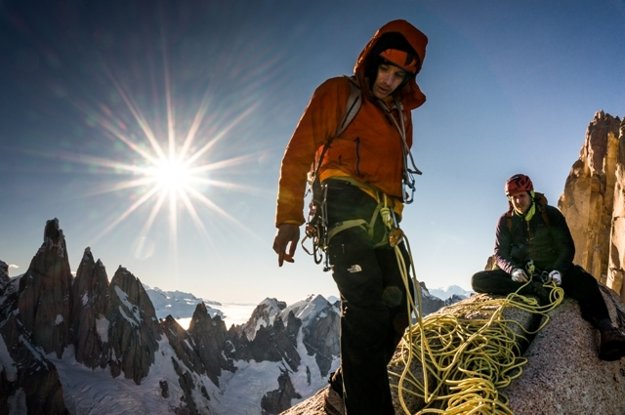 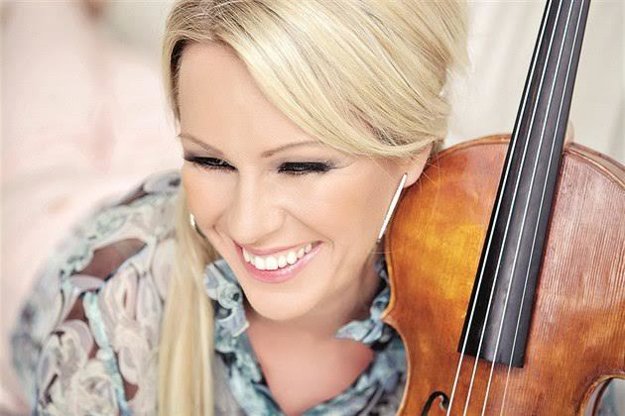 OPERA: Fidelio - Premiere - The famous oeuvre by Beethoven in two acts is a jewel of opera literature. The first version of the opera was premiered in 1805; its definitive form was created nine years later. The story about brave Leonora, who is embarking into battle with evil in order to save her unjustly imprisoned husband, is a celebration of love and also an illustration of the collision of idealism with reality. The opera is prepared in German. Music is rehearsed and conducted by János Kovács, directed by Martin Bendik, choirmaster is Pavel Procházka. Performers are František Ďuriač, Ján Ďurčo, Maida Hundeling, Jan Vacík and others. Starts: Apr 8, 19:00, Apr 10, 17:00, Apr 15, 19:00; new SND building, Pribinova 17. Admission: €8-€30. Tel: 02/ 2047-2299; www.snd.sk. 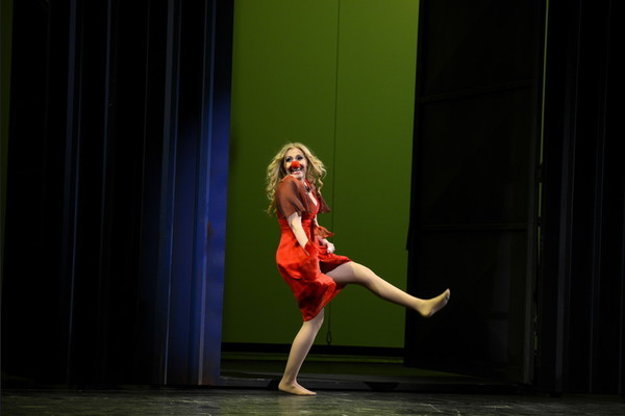 INDIEROCK: Indietronica + Talkshow – The indie-rock crew called Talkshow comes to Bratislava to present their third album. The band has cooperated with Slovak, English, Icelandic and Israeli musicians and has made 2 albums so far, Kunst and Talkshow. They performed at Grape, Pohoda, Waves, Rock for People, Colours of Ostrava and On the Rocks festivals. The duo Diablo & Krto (Indietronica residents) will play current songs and extracts from the best track from the past. They play music of the 1980s, indie, glamour and electropol. Starts: April 8, 21:00, KC Dunaj, Nedbalova 3; Admission: €5. More info: www.kcdunaj.sk.

LIVE MUSIC: Popular Night feat. Lay-Far – The DJ from Moscow and the head of the label in-Beat Ween Music, Alexander, is the initiative force of the soulful scene in Russia and he has gained attention as a sophisticated DJ and selector who combines deep, Detroit, soulful house, rare disco features and funk. He has performed from London, Tokyo, through Berlin to Mallorca and worked with many renowned musicians. Starts: April 9, 20:00, Nu Spirit Club, Pasáž Luxor/Luxor passage, Štúrova 3; Admission: €5-€8. More info: www.nuspirit.sk.

LIVE MUSIC: Frank Turner – The English folk singer, known for his emotionality and dynamic songs, will play in Bratislava. He sang in post-hardcore band Million Dead. In 2005, the band split up. Turner has made six albums, the most recent one Positive Songs for Negative People, in August 2015. The major part of the concert will feature songs from this album. Turner performs his music in Europe, US, Canada, now supported by The Sleeping Souls band. Starts: April 10, 20:00, Majestic Music Club, Karpatská 2; Admission: €15-€20. More info:www.majestic.sk. 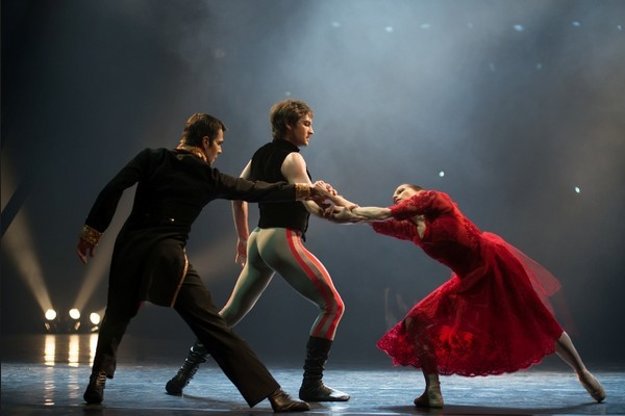 GASTRONOMY: Salón piva / Beer Salon - Diversity of beer styles and types of beer, with tasting possible, whether from traditional small breweries or even completely new breweries. The aim of Beer salon is to present traditionally brewed beer as a beverage, which has its own story, values and distinctiveness, showing visitiors the ways of serving and consuming beer and its combination with different kinds of food. Starts: Apr 13-15, 15:00-23:00; Stará tržnica, SNP Square. Admission: €5-one day ticket (The price includes the catalogue list of breweries and beers, tasting glass cup of 0.25 dL and pencil). More info: www.staratrznica.sk, www.salonpiva.sk.

SHOW: Shaolin Kung Fu - Shaolin monks come to Slovakia during the twentieth anniversary of this shaolin tour. The only performance in Slovakia is suitable also for children. For more than 1.500 years Shaolin Kung Fu monks have been the masters in handling energy in the human body. In the monastery of the holy mountain Song Shan they practise Zen Buddhism and take their physical exercises to the highest mastery and perfection. During the performance the audience will have the opportunity to see also such things as breaking paving stones on the body, showing how it is possible to throw a needle through glass, and much more. Starts: Apr 14, 19:00, Hant Arena Bratislava (Sports Hall Pasienky). Admission: €10-18. More info: www.ticketportal.sk. 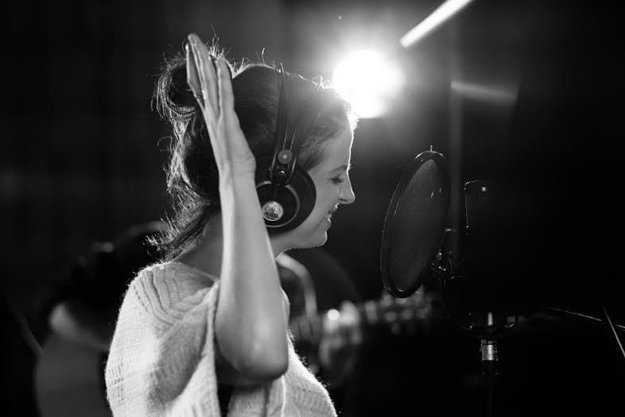 BALLET: Romeo and Juliet - The story of love and death, compounded by the stirring music of Sergei Prokofiev. Ballet in three acts inspired by the eponymous tragedy by William Shakespeare is choreographed and directed by the Italian choreographer Massimo Moriconi. His version is characterised by dynamism, complexity of dance, expressive acting and impressive love scenes in the atmosphere of The Globe Theatre - the place which Shakespeare wrote his works for. The ballet is led by Dušan Štefánek and music conducted by Rastislav Štúr. Performers are Alessandro Riga, Letizia Giuliani, Adrian Ducin, Andrej Cagáň and others. Starts: Apr 17, 17:00; new SND building, Pribinova 17. Admission: €8-€17. Tel: 02/ 2047-2299; www.snd.sk. 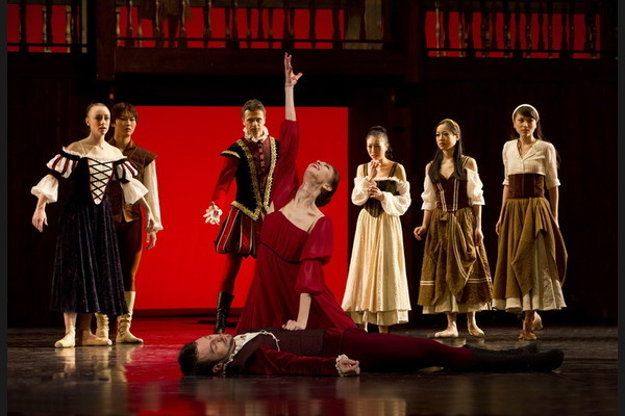 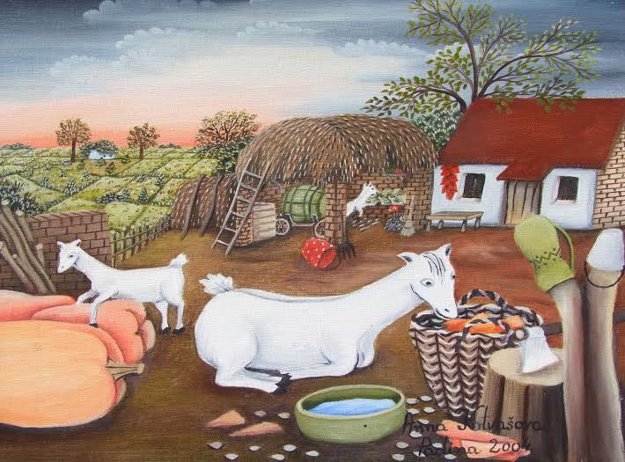 EXHIBITION: Phantoms of Those Socially Dead: Portraying Social Exclusion -– The goal of this exhibition is to put the problem of social inequality into an historical point of view and context. It connects different methods, from many institutions and resources dedicated to controlling economic inequality and social conflicts thanks to physical separation of people (labour, wall, fence, jail), as curated by Christian Kravagna. Exhibiting artists are Pierre Bourdieu, Robert Gabris, Mulugeta Gebrekidan, Christine Meisner, Juri Schaden, Emma Wolukau-Wanambwa. Open: Wed-Sat 14:00-19:00, until May 5; Tranzit SK, Beskydská 12. Admission: free. More info: www.sk.transit.sk.

EXHIBITION: Hľadanie identity / Searching for Identity – The art of painter with Slovak origin Arnold Peter Weisz-Kubínčan, representative of the period between the two world wars in art, can be seen in the Mirbach Palace. He created expressionist paintings of Slovak rural areas in Orava, Liptov and Turiec. He was born as a Jew, but diex as a Christian in a Nazi concentration camp. All his life, the author was searching for his own identity. The exhibition seeks to present his work to the public, based on numerous image- and documentary materials. Open:Tue-Sun 11:00-18:00 until April 24; Mirbach Palace of GMB, Františkánske Square 11. Admission: €2-€4. Tel: 02/5443- 1556(-8); www.gmb.sk.