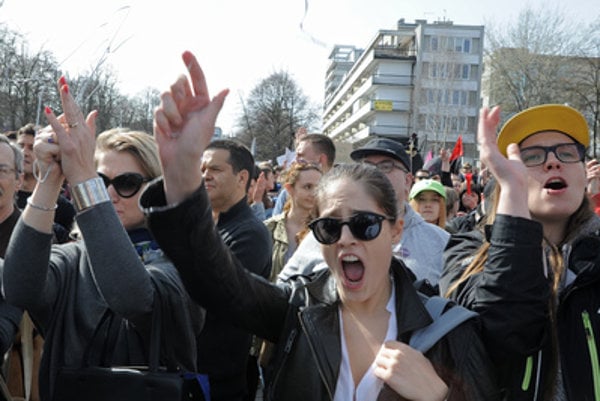 This clear trend will probably not change in the upcoming years with the conservative government in Poland looking to further limit the cases where an abortion is permissible even further, the Sme daily wrote. Under new rules, not even a rape would constitute a reason to have an abortion.

Despite the tough anti-abortion legislation, the number of Polish women who have one is not declining, and there is no sign that abortions in Slovakia are growing overall, in fact they are falling year-on-year.

“A pregnant woman bears no criminal responsibility for an abortion,” informs the Polish website Klinika-Ginekologiczna.com on executing abortions in Slovakia. It also notes that Polish criminal law “does not enable punishment people who underwent an abortion in a country which legally allows such a process”.

This information is very important for the interested women from Poland. The Polish weekly Polityka reported in 2011 on three cases of Polish gynaecologists who received prison sentences for making illegal abortions. Apart from the fact that abortion is legal in Slovakia until the 12th week of pregnancy, Polish women are lured to “the other side of Tatra mountain range” by virtually zero red-tape and the promise of discreetness.

One Slovak private clinic, MediKlinik from Levice, advertises that it offers abortions directly on its website. Although both of the website offers answers to additional questions for potential clients, there were not willing to answer for Sme.

Unlike MediKlinik, another similar medical facility offering abortions is an unspecified clinic in Banská Bystrica, which is difficult to find. After questions from reporters, it even erased its address from the website. However, this may not be a problem for Polish women, who often use consultants to get an appointment with the clinics.

While the abortion rate in Slovakia was last year 5.3 abortions per 1,000 women in reproduction age, according to the National Centre of Medical Information, in Levice this ratio was 13.9 per mille.

Such rates show that Slovakia is divided into two realms: the conservative north where there are almost no abortions, and the liberal south where there are above-average abortions along the Hungarian border. “The north of Slovakia is socially conservative, from Kysuce through Orava all the way to the north-eastern part,” sociologist Vladimír Krivý told Sme about this issue back in 2013. “In contrast to this, freer, socially more liberal standards and models of behaviour has been gaining ground in the long term in the south.”

An abortion costs a total of €370 in the Levice clinic – which is half the price of the same procedure in the West. Banská Bystrica clinic costs €10 more.

Another lure for Polish clients is the fact hat MediKlink does the abortion immediately, after a morning abortion, the woman can return home in the afternoon if she does not prefer to stay hospitalised – for an extra charge – until the next day. 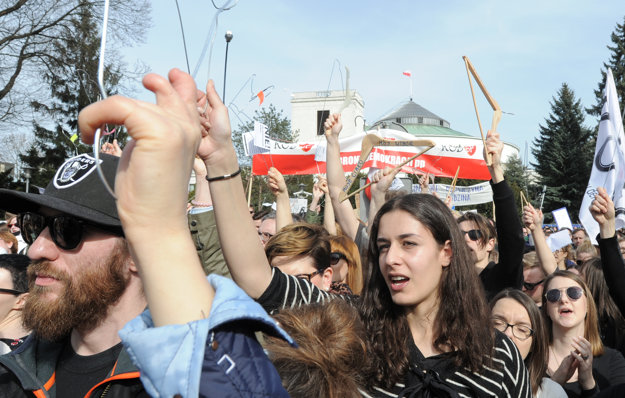 There are no official data about how many Polish women undergo abortions in Slovakia, not even the centre of medical information has them. It only reveals that last year, there were 7,004 abortions, of which 7,002 were made on females with permanent residency in this country. This would mean that only two foreigners came to have an abortion in Slovakia – which seems improbable and shows the long-term issue of medical facilities not reporting data to the centre of medical information.

Poland’s Polityka weekly estimates the number of Polish abortions in Slovakia is 70 percent higher than official statistics. The Gazeta Wyborcza daily sees the numbers even higher. “At some facilities, Polish women constitute as much as 80 percent of the total number,” the daily quoted an anonymous employee of one clinic.

It is noteworthy that despite its liberal law on abortions, Slovakia sees the total number of abortions declining every year. While in 1997, there were 20,855, in 2015 there were just a few more than 7,000. In Poland, the situation is inverse: abortions are all but prohibited but according to the estimates of Wanda Nowicka of the Polish Federation of Women and Family Planning, there are currently 180,000 abortions a year in average. However, there is no official data.

So-called “abortion tourism” is enabled by the European Union’s law, under which EU citizens have the right to ask for medical treatment in other states, according to Sme.