The Slovak Olympic Committee (SOV) presented the new clothes for Slovak athletes for the 31st games in Rio, again with the typical folk pattern from the village of Čičmany. 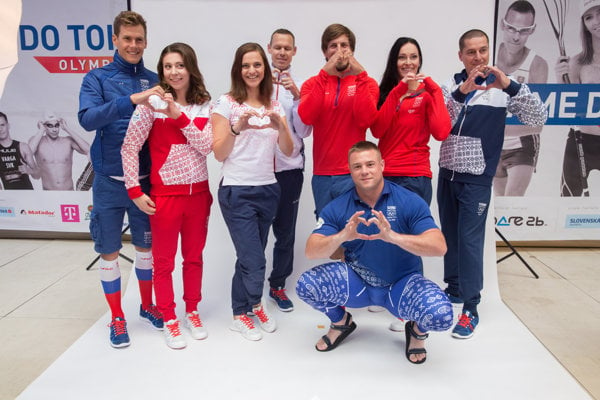 This pattern has become the recognisable feature of Slovaks at Olympic events, used since the Summer Olympics 2012 in London. The new collection was presented at the Olympic Fashion Show, in the atmosphere of the famous carnivals, in Rio de Janeiro at the end of April.

Apart from the clothing, the Čičmny pattern also appears- in the form of heart – in the slogan of Olympic athletes. “Our Olympians make one team; and as the games are usually the climax of their career, they represent Slovakia with pride, which is mostly reflected in symbol of heart,” President of SOV František Chmelár explained.

“Rio will be already the third Olympic event where the whole world will perceive us also through this folk pattern,” Eva Gažová of the Slovenská olympijská marketinogvá a.s. company said. “We want to be recognised abroad just like the Canadian maple leaf or Swedish three crowns. It is nice that we can present ourselves homogeneously also in the visual form through the Čičmany pattern which is pretty, traditional and recognisable,” shooter Danka Barteková added. She contributed, together with kayakers Juraj Tarr and Erik Vlček, to the final design of the attire. 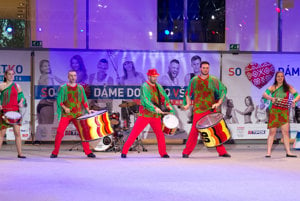 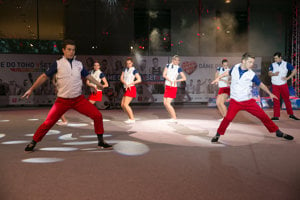 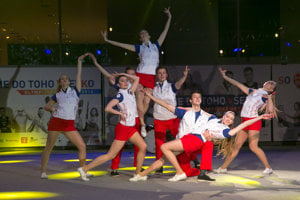 The collection is composed of three designs, for the opening ceremony, the medal ceremonies and for leisure wear. Clothes for the opening ceremony are in three colours (the colours of the flag of Slovakia) – red skirt or trousers, blue hoodie and white vest, with smart shoes. The second design, the outfit for the medal ceremonies, is a white and blue jogging suit. For leisure, athletes will get T-shirts with short and long sleeves, hoodies, raincoats, tracksuits, shorts, skirts, baseball caps, trainers, sandals, and slippers. Although the Olympics take place in the summer, it will be winter in the southern hemisphere, and so they will also get down jackets for cold evenings. They will also get unique compression socks with the Slovak emblem; the emblem will appear for the first time also on the shoes.

Before leaving for the Olympics, the athletes will meet on July 23, to ceremonially make a vow to President Andrej Kiska.
At the Summer Olympic games in Rio, athletes of 204 countries of the world will compete – including, for the very first time, a team of refugees under the Olympic flag. From Slovakia, 37 athletes have qualified so far.