After the initial excitement of winning two games in the 2016 World Championships, the losses caused my friend to exclaim, “That’s it! I’m not watching hockey anymore! It’s embarrassing to lose so much!!” 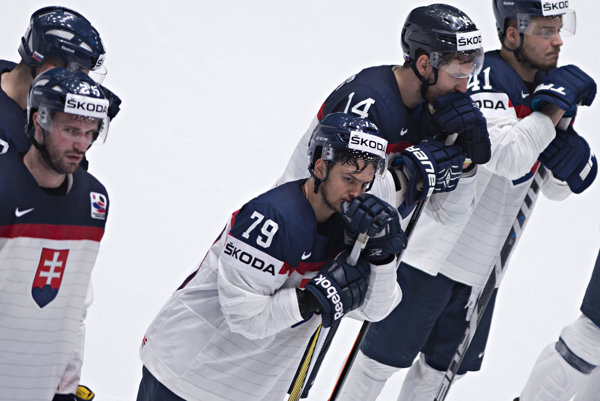 Is losing embarrassing? It’s certainly disappointing - the point of the game is to win, after all. But every game has a winner and a loser, and there is no shame in losing after giving it your all.

There can be shame in sports though. Does Slovakia have cause for shame?

I know all about losing in sports. Oh yes. Game after game, race after race.

While I did play hockey for a couple seasons, it’s actually basketball that comes to mind when thinking of Slovak hockey and losing.

Once upon a time, an undisclosed time ago, friends in highschool wanted to start a girls’ basketball team. Our school was tiny, even in the small school league we played in. Happy to have anybody willing to don a uniform and hustle, we played in the senior category despite the majority of the girls being much younger.

That first year or two, playing much more established teams, we tended to lose. A lot. We had those games when you are so far behind you haven’t a hope in hell of even coming close, and yet you have to keep playing until the clock winds down to 0:00. And it’s even harder to keep trying when losing so badly.

But we kept playing. Our coach kept spending an inordinate amount of hours coming up with plays, creating new drills, hosting team building activities, and driving to tournaments (the closest ones being hours away). And we started winning more. After I left highschool, the girls a couple years behind did pretty well.

I was not a gracious loser, far from it. But despite all the losses, we could still keep our heads up. Why? We had integrity, we had sportsmanship, and we were a team.

Does Slovak hockey have those?

Integrity - it’s not just the players, but also the people behind them.