Prime Minister Robert Fico on May 13 called on opposition Ordinary People and Independent Personalities (OĽaNO)-NOVA MP Alan Suchánek to resign, as he in 2012 promoted the purchase of the most expensive and technically inappropriate CT scanner; Suchánek refuses accusation. 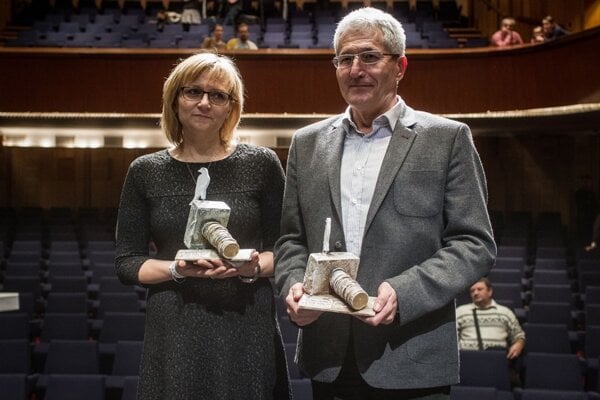 Fico, writing on his blog, at the same time called on Fair-Play Alliance to take away Suchánek’s White Crow award that he received for whistle-blowing the scandal around a different overpriced CT scanner at the hospital in 2014. The latter case, initiated by Suchánek as a doctor in the Piešťany Hospital, led to the resignations of health minister Zuzana Zvolenská, speaker of parliament Pavol Paška and parliamentary vice-chair Renáta Zmajkovičová.

“Information has appeared that a person who pointed to the prepared CT scanner in the Piešťany Hospital in 201, made a political career out of this and now sits in parliament as an OĽaNO candidate, but in the original tender in 2012 promoted – beyond the standard procedure – the most expensive bid, a CT scanner from Siemens, which was more than €250,000 more expensive than the second bid,” Fico wrote.

Moreover, Suchánek allegedly promoted a bid that did not meet the necessary technical requirements and pushed to sign the contract even against the will of the Supervisory Board, claimed Fico, as quoted by the TASR newswire.

Suchánek later in the day told TASR that he would not resign, while he will leave it up to the Fair-Play Alliance to decide what to do with his White Crow. “I don’t feel guilty," he said. “I believe that [the Fair-Play Alliance] will want to make an audit and it’ll be interesting in evidence and facts. I’m not afraid then,” said Suchánek. He added that he was not pursuing his personal interests in 2012, but wanted the hospital to get a good device, as the repair of the old one would have been more expensive than buying a new one.

Later, Alan Suchánek dismissed Fico’s statements for the Sme daily and challenged him, on the RTVS public TV channel,  to submit evidence for his statements.