In Slovak whitewater slalom, a new generation is taking over. Instead of the famous names of legends, new hopefuls will compete for the country at the Rio Olympic games. 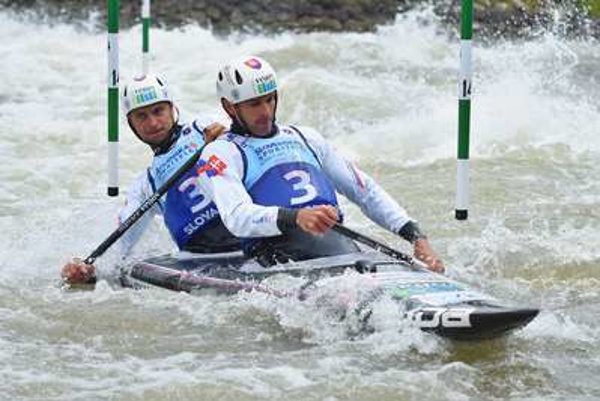 At the weekend of May 14-15 in Liptovský Mikuláš – in northern Slovakia – many of the renowned athletes lost their chances to qualify during the European Championship. The trend started last autumn 2015, when Michal Martikán was beaten by Matej Beňuš. At this weekend, Elena Kaliská in solo kayak (K1) and brothers Peter and Pavol Hochschorners in canoe double (C2) were ousted.

The successful generation that brought many medals to Slovakia from world events is slowly ending, the Sme daily wrote on May 16. “We have already competed at several Olympic games, we should leave it now also to the Škantárs,” Peter Hochschorner commented. “The more so that it seems to be the last Olympics for this discipline,” he added. (After 2016, canoe double for men and canoe single for women will be dropped from the list of Olympic disciplines.)  He added that the current situation of the Slovak sport scene was rather de-motivating.

Hochschorners ended up 9th in Liptovský Mikuláš; Ladislav and Peter Škarnárs were able to qualify from the 6th position. Kučera and Bátik won this discipline.

The youngest Olympic athlete is Jakub Grigar, aged 19; he ended fifth and thus qualified for Rio.

Among women, Jana Dukátová was expected to qualify – but she beat Kaliská in a direct duel only by 77 hundredths of a second, winning bronze as the only one from among women who qualified for Olympics.

Slovakia was successful at the weekend championship but, paradoxically, medals went to athletes who did not make it to the Rio qualification: Alexander Slafkovský in C1, Tomáš Kučera and Ján Bátik in C2, Martikán won silver. In K1, Czech Prskavec won, with Grigar being the best Slovak. In female categories, Dukátová was third and Kaliská fourth in K1.