The first cinema hall in the country with 4DX™ technology opened in Bratislava on May 12. 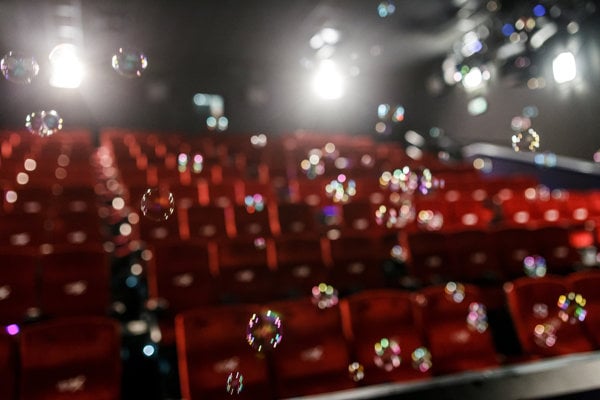 The new technology with 4D dimension stimulates all the senses thanks to which audiences can have a much more intense and true-to-reality movie experience. The cinema hall with 140 seats in the Cinema City Aupark in Bratislava for screening of Hollywood films is equipped with effects reminding of elements of nature and this includes special seats with hi-tech movement in three axes of motion: swaying, lifting and tilting. The 4DX™ technology also enables such sensations as smelling a rose or feeling the rain on one’s skin, organisers informed in a press release.

The movies are screened in 2D or 3D format, with high-quality sound effects and 5.1 channel sound.

„4DX™ technology, the product of CJ 4DPLEX Co., Ltd is a relative innovation and novelty in the cinema industry which offers totally new possibilities for involving viewers in the film, the action on the screen, and thus to intensify the feelings and impressions,” Robert Švec, marketing manager of Cinema City for the Czech and Slovak republic said.

The new cinema hall was opened on May 12 and cinema-goers can look forward to seeing the sci-fi thriller Captain America: Civil War and animated movie for children Angry Birds Movie; with X-Men: Apocalypse, Alice Through the Looking Glass and others to follow from may 19, and 26, respectively.

This effect is so far unique in central Europe, as neither the Czech Republic, nor Hungary, Poland or Romania have this technology so far.