Slovakia has medal hopes for Rio 2016

Track and field prospects looking up, but most potential Olympic medalists already in their 30s and are not matched by new talents. 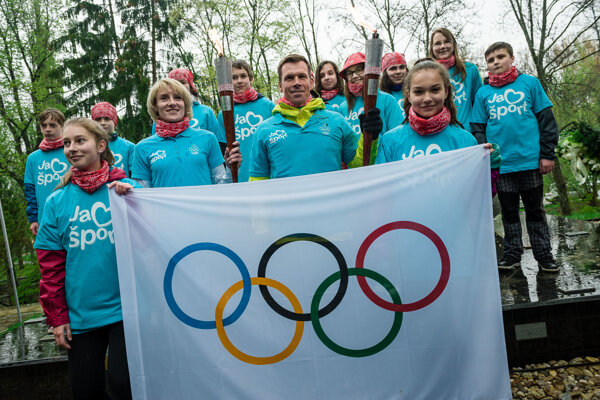 Less than three months before the 2016 Olympics in Rio de Janeiro and 42 Slovak athletes have thus far secured their place – in London 46 Slovak athletes competed, which was the lowest number ever.

“We would be glad if we could send at least 51 athletes as it will bring advantages for our organisation team,” said Ľubomír Souček, manager of media communication at the Slovak Olympic Committee (SOV).

Traditionally, the strongest medal potential ahead of Rio is laid on white-water slalom, sprint canoeing and shooting.

“The K4 in canoeing and Erik Varga in shooting are reigning world champions and therefore they can aspire for the top places,” said Souček, adding that however in sports, it is impossible to plan medals. “At the Olympics, you are entering the battle with the world’s top athletes and the outcome depends on the actual form and mental preparedness.”

With 51 athletes, Slovakia would fall into the category of medium-sized teams and be allowed to take more members of the supporting team.

“This would includes trainers and people who take care of the athletes year round.” Peter Korčok, the designed chief of the Slovak team tod the TASR newswire in April. It is important from the point of view of psychology and can help towards peak performance.

“There are opportunities in several sports, for example badminton, table tennis and the women’s beach volleyball team is just two places short of qualifying,” Souček said in early May 2016.

“The athletes can meet the criteria till the 23 June,” said Souček, adding that for some sports, including swimming, the closing date is the first weekend in July.

Slovak swimmers already tried the pools in Rio at the 2016 Maria Lenk Trophy Open Championships in April. They were satisfied with their performance but they agree that the conditions at the venues are worse than the standard set by London. Two of them, Katarína Listopadová and Tomáš Klobučník are sure to come back to Rio for the Olympics, together with Richard Nagy, who did not travel to the Open Championship.

At the first Summer Olympics after the split of Czechoslovakia in Atlanta (1996) Slovakia won one gold (Michal Martikán in single canoe). That year the team included 71 participants.

In London in 2012, Slovakia took 59th place in the ranking of the countries with one silver and three bronze medals. Shooter Zuzana Štefečeková won silver in trap (shooting on clay pigeons); Danka Barteková was third in skeet (shooting on a series of targets). Further two bronzes were added by double canoe of Peter and Pavol Hochschorners and single canoe of Michal Martikán.

The games in Beijing in 2008 were for Slovakia the most successful ones in history with six medals, three gold (Hochschorner brothers, Martikán and Elena Kaliská in women’s kayak), two silver and one bronze.

Water sports remain to be the strongest sports in Slovakia while there are excellent athletes with medal aspirations. Unfortunately, only one boat per country can qualify in water events.

In women’s kayak both double Olympic champion Elena Kaliská (2004, 2008) and Jana Dukátová are among the top contenders. Kaliská, however, was eliminated by the national qualification round in Liptovský Mikuláš during the weekend of May 14-15. 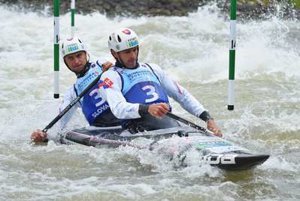 The trend of Olympic winners being displaced by younger competitors began last autumn when Martikán was beaten by Matej Beňuš.

In comparison to past years, Slovakia's chances in to medal in track and field events look better.

“The recent cycle was the most successful in the history of Slovak athletics,” said Martin Pupiš, the head coach of the Slovak Athletic Federation. In 2015 the racewalker Matej Tóth won gold medal at the World Championship and will look to do the same in Rio.

“The top medal contender is Matej Tóth, but we can also count on Martina Hrašnová and Marcel Lomnický in hammer throw,” Pupiš said. “The goal is one medal and one placement in the top 8.”

Cyclist Peter Sagan is probably the most famous sport personality in Slovakia in the recent months (alongside the footballer Marek Hamšík, but no team sport qualified for Rio). However, as Souček pointed out, the race route around Rio is quite hilly, which does not fit into Sagan’s style.

“At the moment, he is trying to qualify in mountain biking, where he could be considered for a good placement as well,” explained Souček.

Slovakia’s nomination for shooting sports is already complete with five athletes qualified for the Olympics, said Miloslav Benca, the president of the Slovak Shooting Association.

“Every final placement is a success and we hope that at least one of them will be in the top three. However, it is a lottery,” Benca told The Slovak Spectator.

Settings and facilities also play an important role in optimising the performance. Despite criticisms about the readiness of the organisers, the Slovak Olympic Committee is satisfied with the situation in the Olympic village.

A press release after an official visit to the venue reads that it is comparable to the situation in Athens or Sochi three months ahead of those games.

“The main problem is the infrastructure,” Jozef Liba, the general secretary of SOV told the TASR newswire after his return from a visit in Rio.

“The opinions on the organisation vary, but they depend on the point of view and the expectations of the athletes,” Korčok said. “The venues aren’t luxurious as the main aim was cost-saving and potential future utilisation for multiple purposes.”

Slovak Olympic Committee President František Chmelár believes that Brazil will prepare a great games despite the problems that accompanied the process of preparation, including shrinking of the domestic economy, poor ticket sales and construction of the subway link to the Olympic Park.

“I hope that the people in Brazil are patriotic enough to prepare the games with grace despite the problems,” he told TASR. “We do not need red carpets and fireworks, just conditions for competing, good atmosphere and security.”

The official Slovak house in Rio should be opened by a former famous Brazilian footballer Romario, one of the three Rio representatives in the Brazilian parliament.

“The Slovak house will represent the whole country, moreover at the time of Slovak EU presidency,” said Liba. Therefore it must carry dignity.

The Slovak Olympic Committee also introduced the official clothing of the Slovak team. The athletes will wear new tracksuits with a folk motive from the Čičmany region. 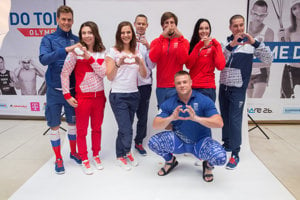 Most of the biggest medal hopefuls rest with competitors already in their 30s, which opens the question about the future of Slovak Olympic sports.

“We have to admit that in the dominant sports it is veterans who hold the flag,” said Souček. “Compared to London, there aren’t many young athletes.”

Experienced canoeists Erik Vlček and Juraj Tar were joined by young Denis Myšák and Tibor Linka, which Souček considers as a positive move.

“There is a generation change in the wild water sports,” he said, pointing out to Andrej Málek, Martin Halčin and Jakub Grigar, who will be collecting experience in white-water slalom.

“Most of the parents cannot support their children financially towards professional sports,” said Souček. It is related to the overall situation with lack of sport facilities, not enough qualified trainers and shortage of finances. “SOV cannot do much about the situation as the training process of Olympic athletes is within the competence of particular sport federations.”

Pupiš, on the other hand, praised the good conditions created for the track and field athletes by the Athletic Federation, resort centres (Dukla and NŠC) and government ministries.

However, he pointed out to the lacking overall infrastructure.

“We are the only country in the civilised world that does not have an official stadium for athletics in the capital,” he said. Therefore he hopes that the government will build multifunctional sport arenas, not only football stadiums.