SaS: Mihál not to run against Sulík for SaS leader

After considering running for SaS party leader, party vice-chair Jozef Mihál came to an agreement with Sulík and decided against it. 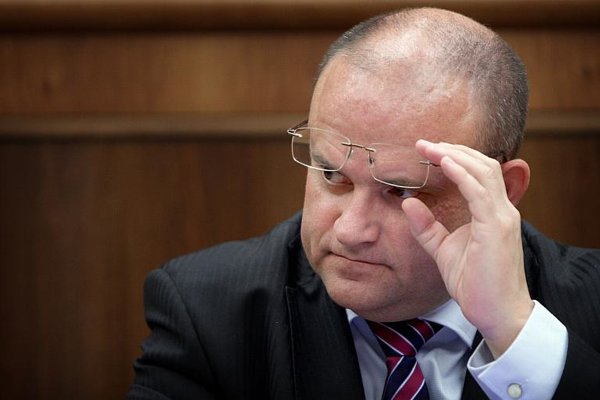 Opposition Freedom and Solidarity (SaS) party vice-chair Jozef Mihál has changed his mind and chosen not to run for the party leader post.

He announced his decision at a press conference held jointly with SaS chairman Richard Sulík on May 20. “I’m hereby making an official announcement that I will not run for this post either at a special congress, or at any other congress of the party,” Mihál said, as quoted by the TASR newswire. “SaS isn’t splitting up, I’m not considering quitting the party, I remain an SaS MP, vice-chair and member of the Republican Council,” he added.

It seems that Mihál made the decision following a meeting with Sulík on May 19. “We found a common language, we made a lot of things clear and we came to an agreement,” Sulík noted. “We both understand that our rival is Smer. We both want SaS ready to take over responsibility for Slovakia following the next election.”

The next general election will not necessarily be held in four years, but could come after Slovakia’s presidency of the EU Council in the second half of this year, according to the two SaS representatives. SaS must be ready to get thieves and oligarchs out of government and parliament, they said.

“We must be prepared to do so and be united in doing it, Mihál said. “We don’t engage in politics for ourselves, but to change Slovakia for the better.” SaS has an unambiguous goal – to succeed in an election, he stated, adding that SaS is and will be the leader of the opposition. "I believe we will be able to attract more people in the future,” Mihál said, as quoted by the SITA newswire. He added that the internal dialogue within SaS will be permanent, with the goal of succeeding in the next election.

Beginning last week Sulík announced that he would resign from the top party post at an extraordinary congress on June 11, only to throw his hat into the ring for re-election. “The reason isn’t division in the party, but a detrimental discussion in the media that is damaging the party,” said Sulík then. He pointed to the fact that a similar discussion concerning party leadership also arose following the unsuccessful election in 2012. After he failed to become SaS leader, Sulík’s then rival Jozef Kollár quit the party along with his followers, later founding the SKOK party. SaS vice-chair Ľubomír Galko has been mulling over whether to stand for the party leader post as well. He has not yet announced his final decision and is supposed to do so by June 1.