A Restaurant Day event in Kunsthalle was aimed at shifting attitudes towards refugees. 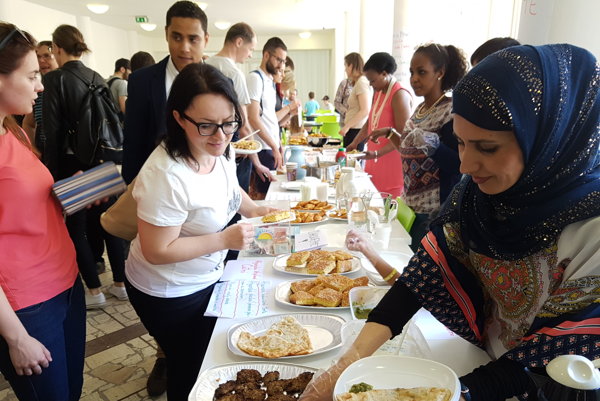 Visitors to Bratislava’s Kusthalle were offered an unusual chance in late May: to taste typical food of four countries at one place. Afghan pierogi with Ashak beef filling, Somali doughnuts Qurak, Syrian delicacies such as Sfoof cakes, or Ndolé stew from Cameroon, prepared directly by refugees coming from these countries, were on the menu of the one-day pop-up restaurant opened by the Human Rights League, a non-governmental organisation helping foreign citizens who come to Slovakia, within the Restaurant Day on May 21.

Many visitors were attracted to the Kunsthalle to meet refugees and learn more about how they live.

“Cooking and eating together is a good way for a person to encounter new culture, to taste it and talk about it directly with those people,” Braňo Bielik from Bratislava, who as part of the cook4refugees group cooked for refugees and who visited Kunsthalle with his family, told The Slovak Spectator.

For the Human Rights League, such events create a good way to meet refugees about whom people usually read only in the newspaper, where they are described as a threat, says the organisation’s head Zuzana Števulová.

“They can see here that they are ordinary families with small children who live the same life as we,” she told The Slovak Spectator. 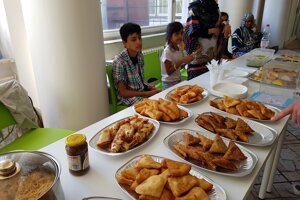 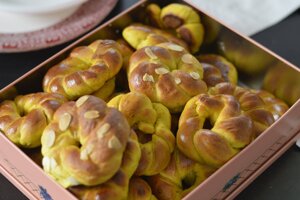 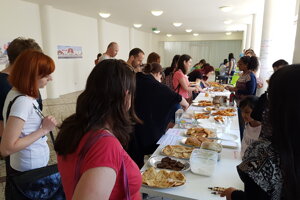 Ruhina Sidiky from Afghanistan agrees that it is good to promote culture via food. She has attended several similar events where people loved the food she prepared and asked for the recipes.

Also Marie-Therese from Cameroon appreciates the approach of people who came to the event.