Polish President Andrzej Duda visited Bratislava a day before the beginning of Slovakia’s Council of the EU Presidency. 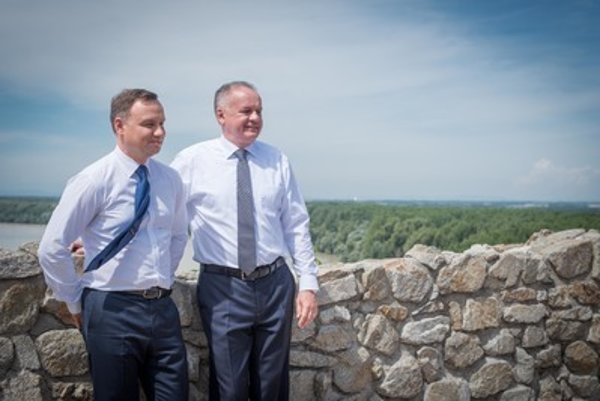 The European Union is not in its best shape ever following the British referendum on Brexit and its institutions need to show more empathy and sensitivity towards recent developments in member countries, Slovak president Andrej Kiska and his Polish colleague Andrzej Duda concurred during their meeting in Bratislava on June 29.

“It is also very important not to shift the blame for the internal problems of our countries automatically to Brussels,” said Kiska, as quoted by the TASR newswire. “If someone criticises the EU they need to make the criticism specific.”

Polish President Andrzej Duda visited Bratislava a day before the beginning of Slovakia’s Council of the EU Presidency and Poland’s Presidency of Visegrad Group (V4).

Both politicians concurred that the V4 could play an important role in the search for joint European solutions. They also believe that it is necessary to approach the British decision to leave the EU with level-headed calm.

“When I look at the EU from the perspective of the referendum, citizens want the union in the form in which it was created at the beginning,” said Duda, as quoted by TASR, while he talked about a union that helps and provides freedom not gets in the way and issues commands.

As for the upcoming NATO summit which will be held in two weeks in Warsaw Kiska claimed that the alliance must respond to the concerns of the people in the member countries in the wake of the illegal annexation of Crimea in 2014.

“Even though people in Slovakia view the threat differently than the Poles and the inhabitants of the Baltic countries we fully understand the concerns of our allies,” Kiska said, as quoted by TASR, adding that Slovakia wants to contribute to their security by meeting its NATO commitments.

The two presidents also broached the situation in Ukraine voicing their displeasure with the fact that this country has slipped under the radar of the EU and Europe. It is important not to  forget about Ukraine, according to Kiska.

“We need to send signals at every given opportunity to the people of Ukraine who want to join us,” said Kiska, as cited by TASR, “that we, in this part of Europe, will do our most to give them such an option once their reforms are carried out.”