A further 177 kilometres of highways are to be built to complete the D1 highway from Bratislava to Košice except for the Turany-Hubová section. 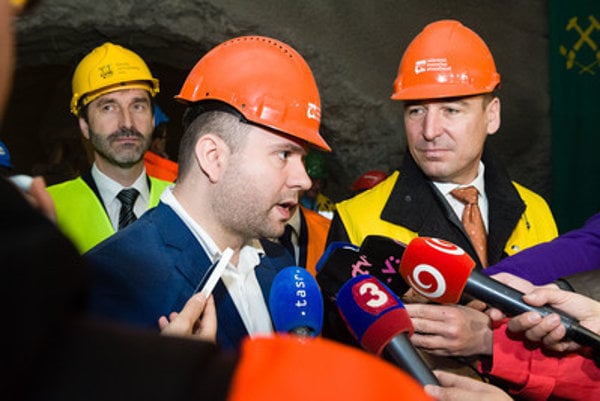 After 100 days in office, Transport Minister Roman Brecely (Sieť) has a preliminary plan to complete it, and to start works on new sections in the regions of Orava, Kysuce, near Prešov, Košice, Zvolen and Rožňava. In the next four years construction of 177 kilometres of new highways and dual carriageways may start based on the Transport Ministry’s plan, the Pravda daily wrote on July 4.

The Transport Ministry and the National Highway Company (NDS) were taken over by the Sieť party of the four-party coalition. However, several plans are not covered financially and the precise highway plan will be clear only after the first state budget is published in the summer by the Finance Ministry.

Experts deem the plans ambitious however. Brecely’s predecessor Ján Počiatek had a plan in the previous government to build 310 kilometres of highways but only managed to fulfil one third of it in the four years of his term.

The new government has already announced in the government manifesto its intention for dual carriageways to be built around Rožňava, Tvrdošín, or north of Prešov. „We think that if sufficient financial coverage can be achieved we can start the construction of a further 100 to 177 kilometres by 2020,” Róbert Auxt, head of the NDS of Sieť told Pravda in an interview. “We can focus on sections near Zvolen, Rožňava, the R4 dual carriageway in the east where the necessary plots have been bought.”

Yet the ministry and NDS face another disadvantage compared to the previous government – the EU-funds have been largely consumed. The allocation of Infrastructure for the 2014-2020 operational programme has been drawn for now. It will enable the building of ring roads to bypass Čadca, Prešov and Košice and the R2 dual carriageway section Košice–Šaca – Košické Oľšany can  also be launched.

Some other plans inherited from the previous minister are being postponed, too. This raised questions as to what extent Brecely will be able to fulfil the plan he presented in the beginning of July. „Historically seen, these are very ambitious figures,” Ľubomír Palčák, head of the Transport Research Institute in Žilina, said for Pravda. “The biggest problem will be to secure financial resources for the implementation of individual constructions.”

The biggest challenge will be to complete the Bratislava-Košice highway connection, with the troublesome section Turany – Hubová which will probably be re-routed, also due to the landslide near Šútov. The new route is being searched for and the whole section may be re-planned which again postpones the completion to some time around 2024. Some other sections seem to cause problems too.