Devín’s currant wine is back 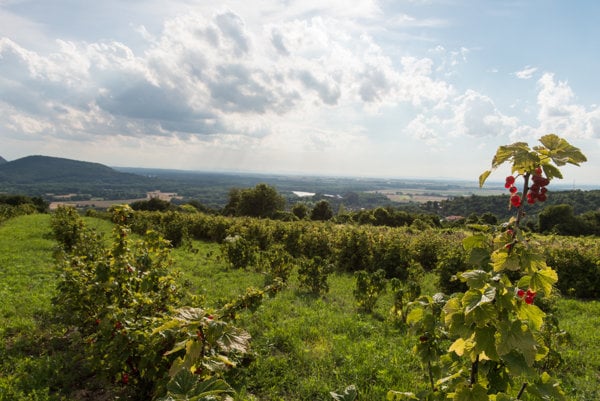 CURRANT wine almost completely disappeared from Devín in the 1990s, but Augustín Mrázik set out to restore this history from the Danube River village. Thanks to his and other local producers’ efforts, visitors can still taste the local specialty and on July 16 another of their plans will materialise when Devín hosts the first currant festival.

“My family and I have been living in Devín for nearly 35 years and currant wine has always belonged to Devín,” said Mrázik, who is an IT expert by profession. “I could not imagine that currant wine would disappear from Devín. Thus after I failed to motivate my wine-making friends enough to salvage the tradition, I myself started its production.”

Restoration of currant wine production has been met with a positive response and now there are several producers in Devín with more joining in.

“We perceive it very positively,” Mayor Ľubica Kolková told The Slovak Spectator. “Because of the massive reduction in land for growing wine, currants are also not an easy task. I know that currants are becoming short in supply.”

Currant and other fruit wines are produced in small amounts by families for their own use across Slovakia, but in Devín it was Alois Sonntag who started with mass production in the early 1920s.

“It was actually a courageous attempt, that turned out well,” said Mrázik, for whom production of this fruit wine is a largely a hobby.

Grape vines have been grown in Devín since the second century BC. Currants were planted here on a larger scale only after the end of the 19th century right after phylloxera blight destroyed vineyards throughout Europe in the middle of the 19th century. Until new vines were planted, when European vines were grafted to the resistant American rootstocks, currants were used for the production of wine.

Later, Devín’s currants were shipped daily to Vienna, but after the dissolution of Austria-Hungary in 1918, the border closed and currant growers lost their market. They made no harvest for two seasons before Sonntag arrived with the idea to produce wine. He himself owned currant orchards, but mainly he collected them from local farmers, who afterwards began grow currants again. Sonntag supplied the wine to restaurants, pubs and exported it. 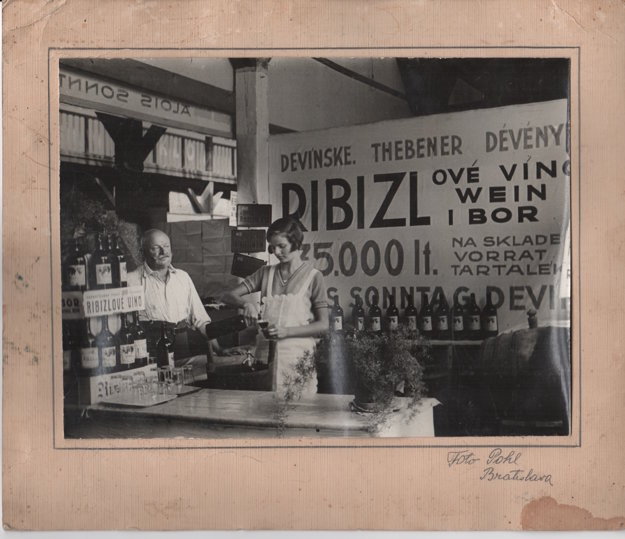 After World War II and nationalisation, the Sonntag family was forced to leave Devín and currant wine production was taken over by a local agricultural cooperative.

The cooperative in Devín ceased production of currant and grape wine in 1996 and only a few Devín residents continued producing currant wine, but only in small quantities for personal use. Mrázik, who moved to Devín in 1982, feared the area might lose a pillar of its distinctive character.

“At that time I was travelling a lot and already back then I did not like what we call today globalisation: I found the same offer at restaurants and shops where souvenirs read ‘I love NY’ and somewhere else something different,” said Mrázik. 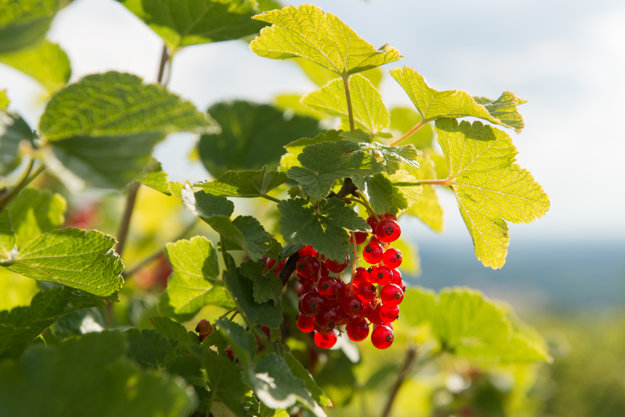 Mrázik refused to witness the disappearance of this part of Devín’s tradition and after he failed to push his wine-making friends enough to salvage the local production of currant wine, he himself began to produce it in 2007. He launched his own wine business and with support of Otto Změlík, one of two remaining currant wine producers in Devín, he began to produce currant wine in a larger scale. Later Štefan Vlček and some years later Pavel Kukel joined too. This year winemakers Peter Distler and Benedikt Halás are also starting producing currant wine.

“Currant wine is specific; when it is properly produced it preserves the characteristic taste of currants and out of fruit wines it is by its taste, acids, colour and general sensory character the closest to grape wine,” said Mrázik.

Traditional currant wine is sweet. That which used to be produced in Devín had 80 to 100 grams of sugar per litre. At that time only one kind of currant wine was produced here: from red currants with a small portion of black currants that gave it the colour and body.

Mrázik as well as other currant wine producers nowadays produce a whole scale of currant wines: traditional semi-sweet from red and black currants, but also barrique currant wine, wine exclusively from red, black or white currants as well as medium dry and dry wine and other specialities like fortified wine.

“Production of currant wine is similar to red grape wine, but more demanding as currants must be hand-picked and also afterwards there is more hand work demanded as in case of grape wine,” said Mrázik. 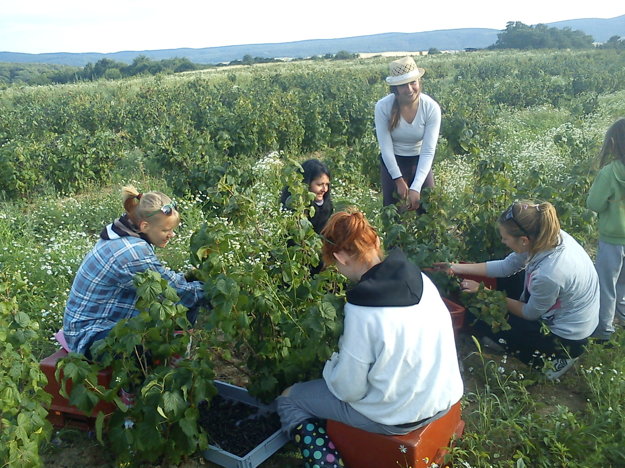 Another difference is that wine from red grapes is produced during autumn while currant wine during hot days of July.

“When you produce currant wine this way – as it used to be in the past – the majority of flavour and aroma compounds evaporate and you get only a common sweet wine of red colour,” said Mrázik.

Because of this and problems Mrázik encountered when following traditional course of production, he experimented with procedures used during production of white wine – controlled fermentation at low temperatures. As a consequence the content of alcohol is higher, around 14 percent, which also protects the wine against secondary fermentation, while maintaining aroma and acids.

That he succeeded only proves the only gold medal granted to currant wine at the Finger Lakes International Wine Competition in USA went to his wine last year.

Vlček also grows currants in original orchards above Devín. Both men grow about one hectare, far less in areas than the earlier Sonntag project – estimated at 15-20 hectares or more, according to Mrázik. 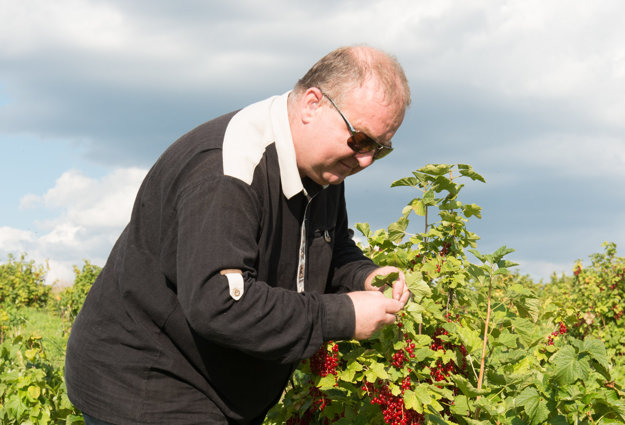 He and other devoted local wine producers launched the Devín’s Association of Wine Growers and Wine Producers, which continues in organising the local wine competition Devínsky Strapec (Devín’s Cluster). The association has become a member of the Small Carpathian Wine Route and along with its other members its winemakers open their cellars for wine tasting during Days of Open Cellars held two times per year. Devín also holds the traditional grape harvesting festivities known as vinobranie each year.

On July 16 Devín will hold a festival of currants, Currant Devín (Ríbezľový Devín). The ability of the municipality to organise such an event has been limited by forced administration under which Devín has been since 2005 due to a failed development project.

“We have been pondering how to organise a day devoted to currants, similarly like Stupava has its Days of Cabbage or apricot festivities in nearby Austrian villages – for already quite a long time,” Kolková told The Slovak Spectator. “But our ideas on what this day should look like exceeded our possibilities and thus we welcomed the offer of the Bratislava Beautification Society to co-organise the event.” 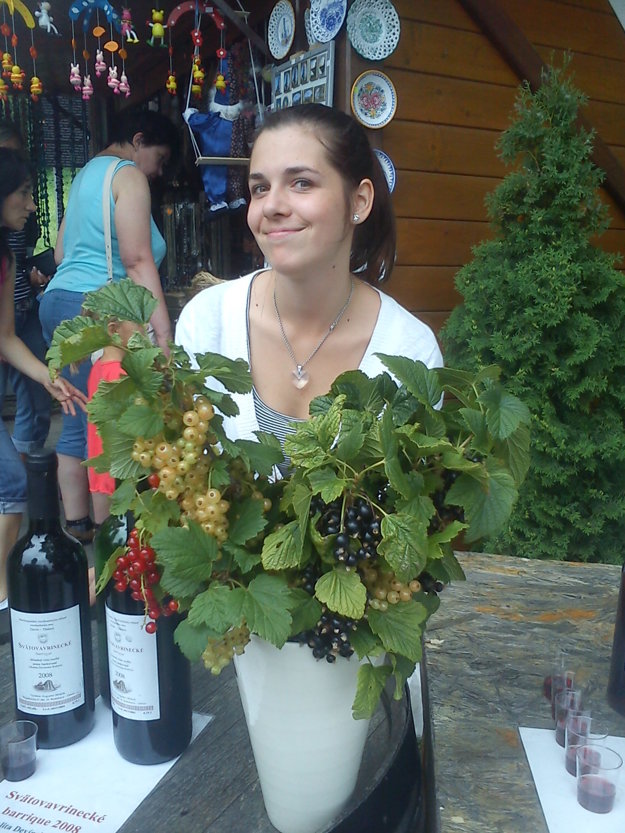 The festival, taking place under the Devín castle from 10:00 until 22:00, will be a mix of a culinary event where visitors – apart from fresh currants and currant wine – can taste and buy currant syrup, jams, cakes as well as currant burčiak, a still fermenting currant juice. There will also be music and retro activities like Picnic of Mr Sonntag and Velo Orbis, an international meeting of velocipedists riding historical bikes.

“Devín’s currant wine is such a particularity even in the Slovakia-wine context,” Maroš Mačuha, head of the Bratislava Beautification Society told The Slovak Spectator, adding that they were inspired by Austria festivals based on local gastronomy as a way to develop local tourism.