Even though the new Old Bridge crossing the Danube River in Bratislava was completed in December 2015, it took almost seven more months until trams were able to transport people across the river. 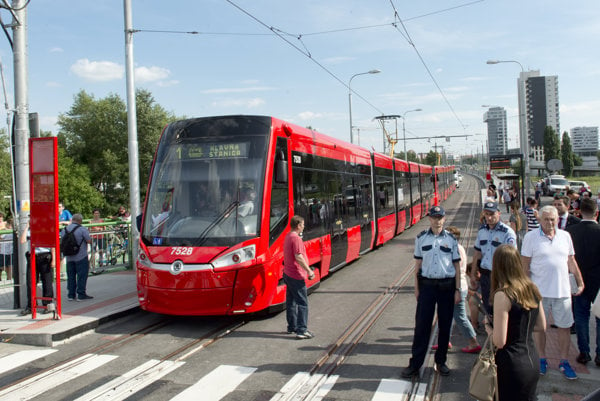 The tram transport was officially launched on July 8.

“The track is able to operate and thus nothing prevents us any more from allowing also trams on the Old Bridge and further to Petržalka,” said Bratislava Mayor Ivo Nesrovnal on July 6.

Deformation of rails caused by June temperatures over 30 degrees Celsius raised concerns that the launch of the tram line would be postponed.

But the builder of the track, Eurovia SK, mended and fortified the rails by July 5. The next day the line was successfully tested. Pedestrians and cyclists have been able to use the bridge already since May 19. 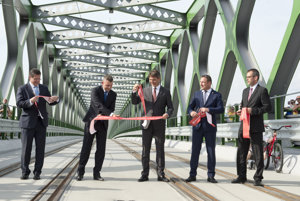 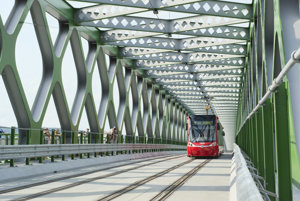 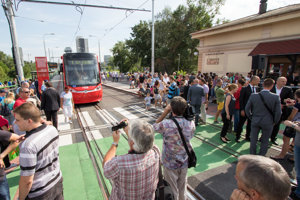 It will be trams Nr 1 from the Main Station and Nr 3 from Rača that will cross the bridge to Bosáková Street.

There are already plans to extend the tram line to Janíkov Dvor in the years 2018-2020.

The bridge and tram line project

The original Old Bridge was designed for motor vehicles, trains and pedestrians. Later, trains were excluded and after its condition deteriorated too much, motor vehicles were banned also.

The bridge was then re-built in a style more or less recalling its original shape: some of the pillars were reused while it was elevated in order to allow bigger ships to pass underneath. Now it serves pedestrians, cyclists and trams.