A video camera placed in the lake Štrbské Pleso allows everybody to view the hidden life underwater. 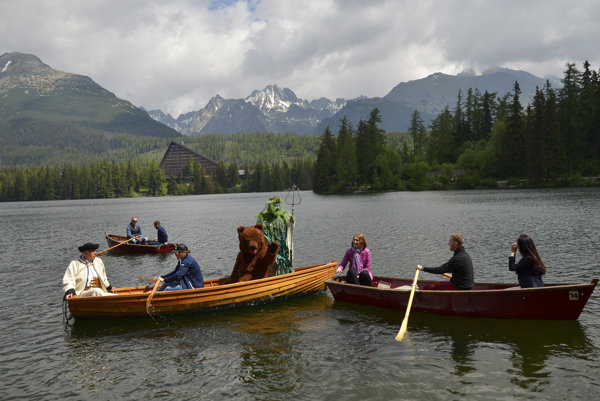 Visitors to the website of the Tatra National Park (TANAP) Administration will be able to take advantage of a new project to watch online the life under the water of Štrbské Pleso as workers recenlty placed a video camera in the lake.

“I believe that a lake will stay algae free for a long time so viewers have the possibility for maximum experience,”  stated Pavol Majko, director of TANAP, for the SITA newswire and added that there is a plenty of fish such as chub, northern pike, and green perch.

“The camera is installed to provides people an experience, " said Majko. However he added that a rare kind of fish - whitefish - people will obviously not see as it is a deepwater fish.

This is the second camera in the area of the High Tatras that TANAP has placed underwater. The first was installed back in September in the valley of the upper stream of the river Belá.

The second camera will offer splendid camera images from underwater life. In addition, the lake has a much greater capacity than the river, according to Majko.

"We want reveal at least a part of the mystery of the kingdom of still silence and, with a bit of luck, get to know its inhabitants better," he said for SITA.

By using a webcamera, visitors can watch plenty of fish not only from the TANAP website but also on the website kukaj.sk.

Online broadcasts from the animal kingdom are successful,  according to Majko, as they capture a high number of viewers on the internet.  Birds of prey as well as storks have been popular.

“People are not accustomed to watching archived video but want to watch online broadcasting in real time,” explained Majko for SITA.

Animals are watched in real time for daily visibility.

“We tried to watch night animals as well, however most people sleep at that time so it is unnecessary to use such demanding technology for a few visits," stated Majko.