The American Chamber of Commerce in Slovakia was one of the initiators of the Rule of Law Initiative and while its initiators see some progress in terms of transparency and predictability of the legislative process. 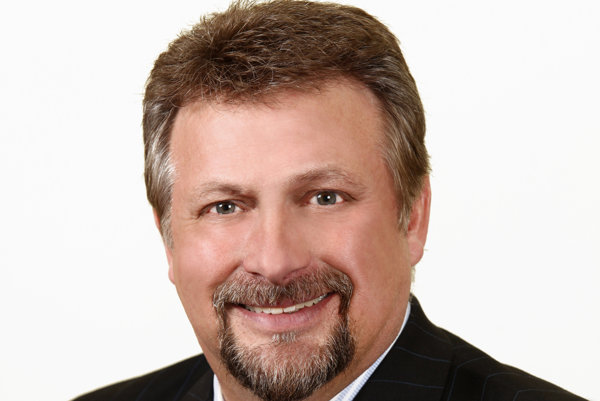 However, concerning the issues of the judiciary and especially corruption, “we were expecting a bit more to have happened already”, said executive director of AmCham in Slovakia Jake Slegers.

The Slovak Spectator spoke with Slegers about the initiative, Slovakia’s EU presidency as well as EU-US negotiations over TTIP.

The Slovak Spectator (TSS): Slovakia presides, for the first time in history, over the EU Council. What opportunities does Slovakia’s presidency bring to US companies in Slovakia? Will AmCham be involved in organising or holding events related to Slovakia’s presidency in any way?
Jake Slegers (JS): We have been having a regular dialogue with the Slovak government on this issue for quite some time to let them know, especially the Ministry of Foreign and European Affairs, that we are very willing, ready and able to assist in any way they might see as helpful. Several of our events have already been or will be linked with the presidency as well. The 11th Regional Tax Conference, organised annually on a rotating basis in the V4 countries, took place in Slovakia. The discussion, among other topics, focused on the upcoming EU tax-related legislation that will be in the pipeline during our presidency. We have also already hosted a high-level delegation from AmCham EU presenting recommendations for the Slovak presidency. As a part of this visit we hosted Minister [Miroslav] Lajčák at a business seminar for discussions on Slovakia’s top priorities. Our regularly scheduled EU conference, organised in cooperation with the Representation of the European Commission in Slovakia on July 8, will be very much focused on the issues of the Slovak presidency. This conference will include Prime Minister [Robert] Fico, Vice President [Jyrki] Katainen and several business leaders. We will also have several events that will be somewhat tied to or focused on Slovakia’s presidency in the next few months, for example, our AmCham Forbes Conference and our Košice Invest Conference. We are already beginning to speak about several events for the beginning of next year as an outcome of the presidency. We also expect many opportunities for our members to meet with various commissioners, guests and delegations that will come here.

TSS: How do you perceive the current state of negotiations between the European Union and the United States over the Transatlantic Trade and Investment Partnership (TTIP) agreement? How have they been, in your opinion, impacted by leakage of documents and information from negotiations?
JS: It’s really quite a tedious process. Frankly, I was quite surprised when it was suggested, after being announced by President Obama in his State of the Union address in the beginning of 2013, that the agreement would be signed in 2014 and then in 2015, 2016 and so on. But basically, if we look at the negotiations of TPP (Trans-Pacific Partnership) and CETA and other trade negotiations, it’s going to take some time.

Unfortunately, the negotiation process has been impacted by substantial misinformation and sometimes completely false information that just keeps coming up. And people often are not focusing, or even aware perhaps, what the positive outcomes could be. A major outcome could be the further opening of huge markets for each of these major economies. So, from that point of view it has really been frustrating. Plus there has been much criticism of the lack of information about the negotiations. But negotiations frequently take place behind closed doors and they’re usually not held on a public square where everyone can contribute to or comment on them. These are very delicate negotiations that each side is going to come with, and one side may make an offer and then the other side may come back and make a counter offer. I think it’s a bit unreasonable to expect that every word of the negotiations is immediately published for everyone to see.

There is vast speculation that TTIP will be signed before the end of the second Obama administration which is only months away, but I think it is maybe too ambitious to expect this. It’s a long process and it takes a long time in order to have a complete, comprehensive, realistic and meaningful agreement. In my opinion, it’s going to take a few more years to fully negotiate to that level.

TSS: In the past there was also a possibility that not the whole agreement, but some smaller agreements could be gradually signed.
JS:  What you refer to is often known as TTIP Lite. But now on both sides of the Atlantic there seems to be an agreement that it will not be TTIP Lite and that it will be a full, comprehensive agreement. It then means it will take far longer. I too expected that it would be a series of agreements over a number of years.

TSS: How do you see the discussion about TTIP in Slovakia? In mid June the party of Boris Kollár, for example, said they are against and are calling for a referendum on this topic.
JS: It seems to me that the political parties could have better things to do; there are many more pressing issues they should be spending their time on these days. Calling for a referendum on this is completely unrealistic. Several companies have come out with a very positive assessment of TTIP and how it can improve their business. A recent report published by AmCham EU highlights how much the Slovak economy would gain. Specifically because of the automotive industry it expects an increase in automotive sales which means an increase in demand for automobiles, demand for jobs, infrastructure development and all the positive things that go along with that. It’s frustrating when people focus on the negative, unrealistic and completely false and irrelevant information when there is a huge amount of information that shows that Slovakia will significantly benefit economically.