The skCUBE satellite may be sent into orbit in the autumn. 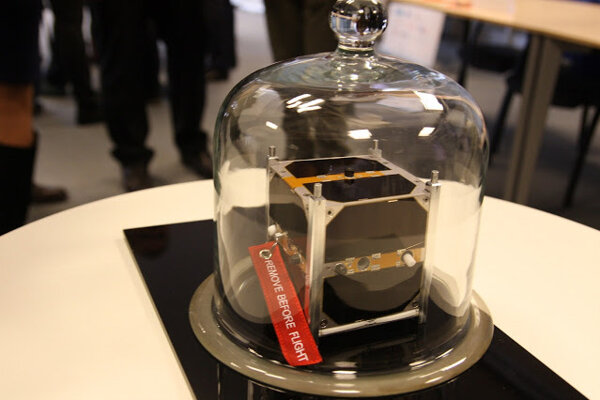 SkCUBE satellite being presented at a press conference on January 7, 2016. (Source: Courtesy of SOSA)
Font size:A-|A+

The first Slovak satellite skCUBE will be sent into orbit probably only in the autumn of this year. Jakub Kapuš from the Slovak Organization for Space Activities (SOSA) which coordinates the project told the TASR newswire. Originally the start was planned for May and later postponed to June and then to July.

The pocket-sized one-unit CubeSat, named skCUBE, should liftoff atop SpaceX’s Falcon 9 rocket from the Vandenberg Air Force Base in California. It will be controlled from Slovakia.

“Unfortunately, our Dutch partner recently re-sent us a letter from the American side informing about another delay,” said Kapuš.

The new start of the satellite is now planned for between September 1 and November 30 2016. SOSA estimates that skCUBE may be sent into orbit in mid October. 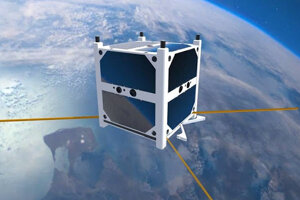 One of the reasons for the repeated postponement was last year’s June failure of the Falcon 9 and the following investigation. Another regards a request for delay from the side of the primary client, Taiwanese NSPO organisation, that has its satellite Formosat-5 on the planned flight, said Kapuš. He added that each start of the rocket is planned years in advance. Preparation of satellites and the rocket itself is demanding and time-consuming and thus similar delays are nothing special.

“Nobody in our team is pleased by this; the delay causes us various complications,” said Kapuš, adding that also they want to finally see results of their five years work.

The Slovak team of engineers and scientists is currently completing the network of ground stations as well as development of software, especially applications for radio amateurs.

Weighing about one 1 kg, skCUBE is a 10-cm cube that will carry an on-board computer, a communications system and a small camera to conduct experiments when orbiting Earth. The main goal of this project is to demonstrate that Slovakia is capable of doing highly sophisticated space research.

The satellite was introduced on January 7 in Bratislava. Slovakia is the only country in the region that has not sent its own satellite into orbit.