Prime ministers of the Visegrad Four/V4 countries (Czech Republic, Hungary, Poland, Slovakia) will deal mainly with the future of the EU after Brexit at their first meeting within the Polish Presidency. 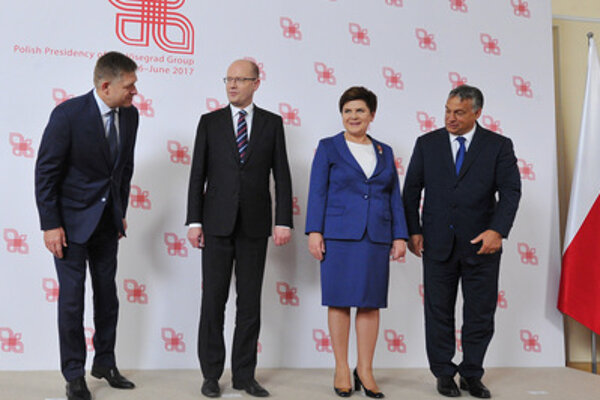 The meeting takes place on July 21 in Warsaw and Slovakia is represented by Prime Minister Robert Fico.

V4 ministers will discuss the possibilities of joint action in key questions of the further direction of the EU as well as important aspects of mutual cooperation at the regional level. Poland took over the V4 Presidency from the Czech Republic on July 1 and it will run until June 30, 2017.

Among the priorities of the Polish presidency are a strong V4 voice within the EU, including coordination of the European agenda and cooperation concerning key challenges; building synergy via enhanced dialogue – and boosted cooperation – at the regional level based on institutional and functional synergy, security and stability of the region; strengthening the identity and image of the V4 countries, and V4 cooperation in transport infrastructure, the Polish Embassy in Slovakia told the TASR newswire.

Moreover, V4 will be supporting – during the Polish presidency – implementation of the decision of the Warsaw NATO Summit.