Another year of the Halušky fest Turecká 2016 crowned its champions, despite the small number of registered competitors. 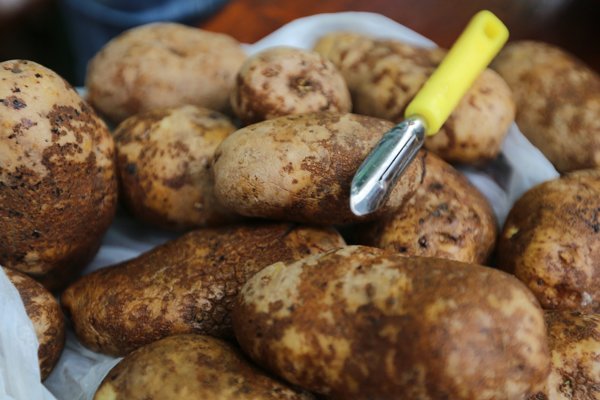 This year’s Slovak and European Championship in cooking and eating bryndzové halušky, Slovakia’s national dish, was dominated by a team called Martinskí Haluškári, which cooked and ate bryndzové halušky in a time of 19 minutes and 26 seconds. The championship took place in the village of Turecká in Banská Bystrica Region.

Just 13 teams joined the competition this year, apparently because of weather, according to Eva Turčanová, an assistant of a municipal office. For example there were 28 teams last year, as reported by the TASR newswire.

Second place was gained by cooking team Hlboká Orba and third was the team from Mako Pub. 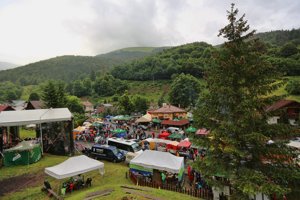 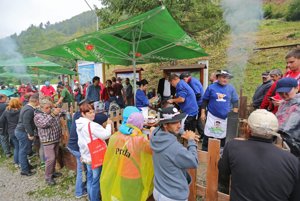 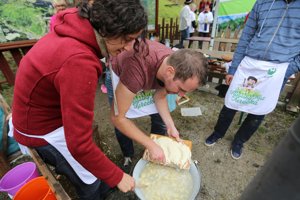 The competition consisted of two parts. The first part, in which 11 teams competed, was a race to see who could cook and eat a predeterminated amount of halušky. In the second part, which had only two teams compete,  an expert jury tested for “the best tasting halušky.”

Halušky fest Turecká 2016 also includes many accompanying activities, such as concerts of pop, rock and country groups, and performances of folk ensembles and folk music.

Despite the rain the program continued for the people who came under Krížna, a peak in the Great Fatra mountain chain.

At the end of the festival the group Lojzo and the Czech band Viva Italia, that plays hits from eighties, performed.