Pensions to grow by €8 next year 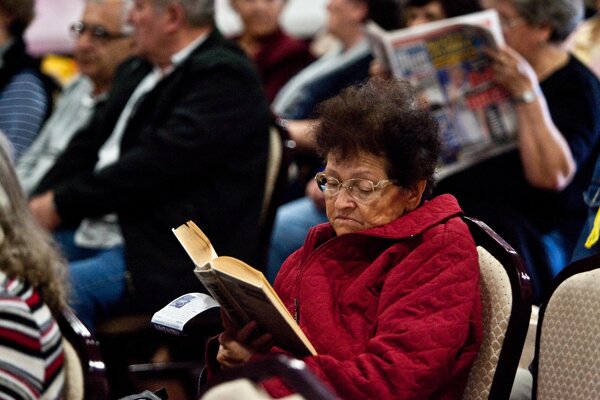 Old-age pensions of retired people in Slovakia should increase by a fixed sum exceeding €8 per month in 2017. This will be more than this year when they grew by a mere €1.9. Pensioners will be able to enjoy higher pensions thanks to a change to the valorisation mechanism proposed by the Labour Ministry.

“We have prepared a proposal of a change to the valorisation mechanism already for 2017,” said Ján Richter as cited by the Pravda daily. He specified that this change would increase monthly old-age pensions by 2 percent or about €8.2. This will require an additional €137 million from the state budget.

The increase of pensions in Slovakia has been slowed down by a low increase of prices as the valorisation mechanism is pinned to inflation which is low in Slovakia. In case this scheme remains unchanged, the pensions would increase by only €1.4  in 2017.

The new valorisation scheme still has to be approved by parliament.

Representatives of pensioners hope that the government will be even more generous.

“We have agreed with the Labour Ministry on everything; we are only still negotiating about whether the pensions in coming years would increase by €8.2 or €11.2,” said Ján Lipiansky, the head of the Association of Pensioners as cited by Pravda.

Based on Lipiansky’s information, the final decision will depend on possibilities of the country’s budget for 2017.

“Even €11.2 is not a breathtaking sum that would ruin the state budget,” said Lipiansky, adding that for pensioners a higher valorisation would be some satisfaction for years of low increase of pensions. In the latter case each pensioner would receive €134.4 more annually. “For most of us, seniors, this is quite a sound sum.”

The average monthly old-age pension in Slovakia was €415.47 at the end of June.

In 2013 pensions increased by €11.2. At the time the government changed the valorisation scheme when the fixed sum, by which pensions should have been increased was set based on the inflation rate. During the following years low inflation caused pensions to rise €8.8 in 2014 and €5.2 in 2015. In 2016 they increased by only €1.9.

The valorisation by a fixed sum was introduced as a temporary measure to be valid until 2017. This way the Labour Ministry wanted to add more to pensioners receiving low pensions. In regard to pensioners with high pensions such an increase accounted for a lower percentage share. As of 2018 pensions should have increased by the so-called pension inflation, Pravda recalled.