Art competitors could be merged

The Kunsthalle Bratislava will soon come under the Slovak National Gallery. 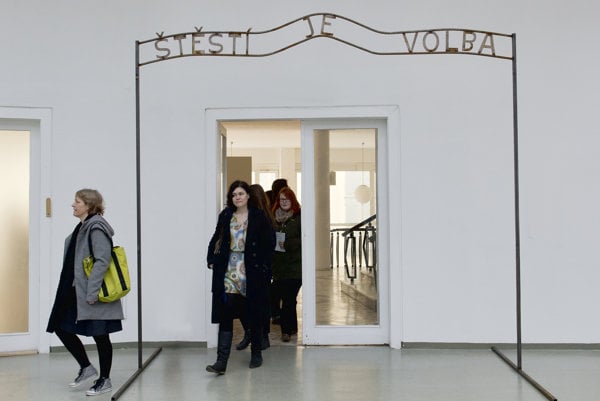 In September 2014, Bratislava was pasted with billboards on which Slovak visual artists like Ilona Németh, Dorota Sadovská, Rudo Sikora or  Roman Ondák promised to uncover the sense of contemporary art through the new Kunsthalle. The first exhibition in its new premises, on the SNP Square in the capital followed.

Since then, it actively functions as the gallery of the Slovak Centre of Visual Arts, which also fulfils documentary functions. The trouble is, however, that Kunsthalle is administratively under the patronage of the National Centre for Public Enlightenment (NOC). But now the Culture Ministry intends to move it under the SNG umbrella.

“The SNG is naturally closer to issues of visual arts than the NOC,” Culture Ministry spokesman Jozef Bednár told the Sme daily.

The main curator of Kunsthalle, Richard Gregor, agrees that the institution must be separated. Kunsthalle has been since the beginning only an unwanted child of the National Centre for Public Enlightenment (NOC), he said, opining that the incompatibility of the two organisations causes everyday accumulation of elementary problems. But he rather believed that an independent state-funded institution should be established. He reminds that also designers, musicians, theatre-makers, filmmakers and authors have similar institutions.

“Today, the Kunsthalle is a gallery we can visit in profusion, show to foreign guests, respect or criticise,” Gregor argues.

He likens the merging of the documentation centre and Kunsthalle into SNG to the shift of the Theatre Institute under Slovak National Theatre, or the Music Centre under the Slovak Philharmonic. He also cites experience from neighbouring countries.

“Rudolfínum in Prague does not fall under the National Gallery, nor does Zamek Ujazdowski under the Warsaw Zacheta, or Vienna-based Kunsthalle under the Museum of Art History,” Gregor said. “Were the last three years only to dissolve Kunsthalle now under the administration of another gallery?”

In contrast, SNG head Alexandra Kusá perceives the ministry’s now as a logical one.

“SNG has both capacities and professional background to fulfil such a role,” she said. This solution will be a temporary one, until it will be possible to establish an independent organisation. According to her, the new arrangement will enable the Slovak Centre of Visual Arts to focus more on expert activities and less on the administrative agenda.

Gregor sees both institutions as competitors, though. Their mutual rivalry has been behind several exhibitions in the recent years which reached European standards. The independent functioning of both institutions is a guarantee for him that no single “code” or a single poetics of fine arts will prevail in Slovakia.

Visual artist Dorota Sadovská says that anti-monopoly principles should apply to art. Mária Čorejová, too, sees an ideological conflict in the functioning of Kunsthalle and SNG.

“Instead of experts and the lay public being able to watch the original vision of the Kunsthalle come true, they can see only a fight for existence. If the vision of becoming independent was present when it was established, then I see the whole issue as further sweeping important things under the carpet.”