Harvest to be among best in 10 years

The process of harvesting is in full swing in Slovakia; and it seems to be bringing above-average yields. The problem for farmers, however, remain the low prices. 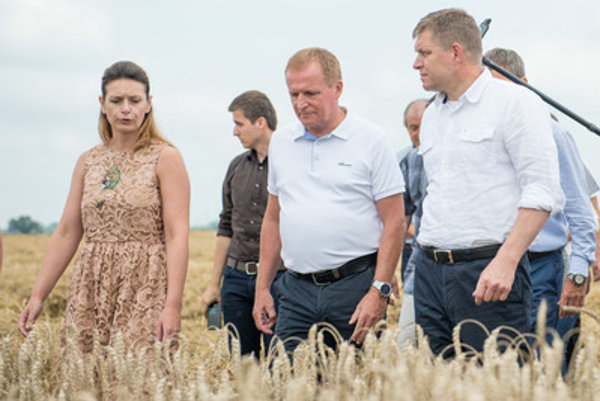 The oilseed rape plant has been 88 percent harvest out of the total planted crop, wheat 60 percent, winter oat 95 percent, spring barley 58 percent, rye 15 percent, oat 5 and triticale 7 percent, the Sme daily cited the monitoring of areas by the Slovak Agricultural and Food Chamber (SPPK). “As for yields per one hectare, we can say for what has been harvested so far that the yields are above average,” SPPK chairman Milan Semančík said at a harvest excursion on a field farmed by the Devín Cooperative of Shareholders. “If the remaining 40 percent are harvested without any troubles, this year’s harvest will be one of the biggest in the last ten years,“ he added.

The prices constitute a problem, however, according to farmers. “Year-on-year, the price falls about €20-30 per ton, whether we consider food wheat or malting barley – but this also concerns feed grains,” Semančík pointed out. Romania and Hungary have also had high-yield harvests, the TASR newswire wrote.

Thus, farmers are happy about the production on one hand, but they are apprehensive about market developments. “The prices on the market are currently set very low,” SPPK chairman added, as quoted by Sme.

Prime Minister Robert Fico also attended the event in the middle of a wheat field in Záhorská Bystrica (Bratislava region) with the participation of Semančík, Agriculture and Rural Development Ministry State Secretary Anton Stredák, the ministry’s Agriculture Department director general Štefan Ryba, Devín Cooperative of Shareholders board chair Zuzana Pagáčová and other agricultural experts. “I am a boy from the countryside, I was born there,” he said, as quoted by Sme. “For me, harvest used to mean quite a lot, in that small village with about a thousand inhabitants. I want to thank all farmers for their effort they have invested so far.”