Slovakia has high hopes for Olympics 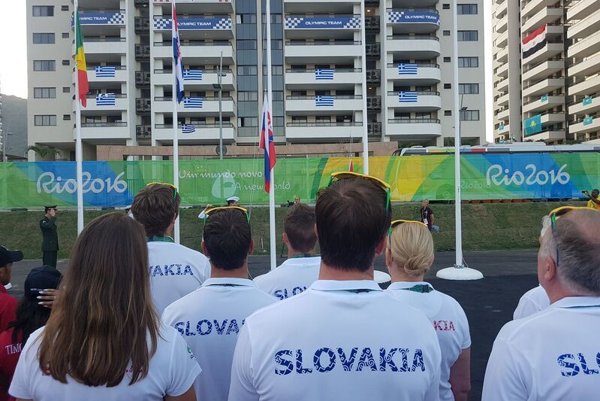 The Olympic village in Rio opened its doors July 24 even as the construction teams were adding the final touches to the buildings. The Olympic Games start August 5, but the opening looks tattered by gaps in organisation and the recent Russian doping scandal. Slovakia will send 52 athletes to compete in 13 sports.

“All the athletes are leaving for Rio with the goal to give their maximum performance and please the fans,” said Danka Barteková, member of the International Olympic Committee.

Slovakia’s highest medal hopes are traditionally in water sports and shooting. The K4, where experienced canoeists Erik Vlček and Juraj Tar were joined by the younger Denis Myšák and Tibor Linka already look in good form. 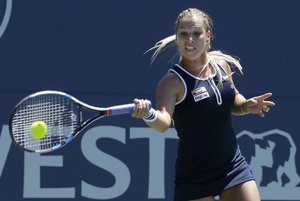 Yet, Slovak Olympic Committee (SOV) spokesman Ľubomír Souček stressed that at Olympics it is impossible to plan for medals.

“At the Olympics, you are entering the battle with the world’s top athletes and the outcome depends on the actual form and mental preparedness,” said Souček.

Slovak athletics were also quite successful in the recent Olympic cycle.

“The top medal contender is the race walker Matej Tóth, but we can also count on Martina Hrašnová and Marcel Lomnický in the hammer throw,” said Martin Pupiš, the head coach of Slovak athletic team. “The goal is one medal and one placement in the top eight.”

The Slovak team will share one of the 31 apartment buildings with Czech athletes and the team of refugees, competing under the flag of the ICO. The apartments consist of two-by-two metre bedrooms with basic furniture and a wi-fi connection. The first 12 residents, including the team of wild-water athletes, moved in immediately after the opening. The bus transfer from the airport to the village took 55 minutes.

A strike by airport personnel caused delays in delivering the boats for the canoeists, which were sent to Brazil in mid-July. However, on July 25 the athletes already trained in the wild-water area in Rio. Slovak shooters were also delayed due to technical problems at the airport in Rome related to their guns.

More concerning is the process of preparation. Part of the Olympic village still has not passed safety tests, drawing a reproach from the International Olympic Committee. Moreover, several workers died during the construction process.

Raul Vital Brazil, who heads the security and health section of the work supervision bureau, told The Guardian that the deaths were caused by delays and poor planning.

Credibility of the Games

Credibility of sports has been tattered by several far-reaching scandals, including performance enhancing drugs and corruption.

Weeks before the Olympics, allegations of a state-run plan in Russia caused a schism between the International Olympic Committee and national federations. A report by Richard H. McLaren, specialist in sport law from the University of Western Ontario, proved the involvement of the Russian Ministry of Sport, the country’s anti-doping agency and the secret service in manipulating test samples.

In July, the IOC to banned all Russian athletes from the Rio Games. However, their right to start can be rectified by particular sports federations, after considering their doping history. The athlete has to submit analysis of the doping sample to an international laboratory.

The decision excluded several top Russian athletes, including the tennis player Svetlana Kuznetsova and track and field athletes Yelena Isinbayeva and Ivan Ukhov, called out negative respond across the sports and political circles.

However, Russian Minister for Sport Vitalij Mutko had decided not to appeal against the ruling. According to him, the decision of the IOC to exclude guilty athletes was just.

Barteková said that the situation harms the integrity of the event.

An Olympics without Russia would remind us of the Cold War era, when the communist bloc countries boycotted the Los Angeles games. Russia already held alternative event for its athletes near Moscow, most of whom entered attracted by the prize money. Mutko claims that it did not carry any political message, as it should only give the athletes a chance to show what they can do.

Nevertheless, the scandal calls for broader cooperation in doping amongst the particular sport federations and national anti-doping agencies. At the congress of the International Federation of Athletics in November Russia might be provisionally suspended from all athletic competitions until the investigation is complete.

“Athletes from a certain level of performance are involved in a monitoring programme of ADA SR and they can be tested at any time,” said Barteková. Three months ahead a competition, they must provide information about their whereabouts at all times.